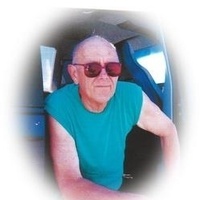 John Quincy Adams Sr., 85, died peacefully at his Ocean Park residence on Sat., July 19, 2014 surrounded by his family. John was born March 20, 1929 in Painsville, Ohio, the son of John Quincy and Ethel Maude Barrows Adams. He attended school in Worchester and Westborough, Massachusetts, graduating from Westborough High School and later from Westborough Trade School as a pattern maker. He also attended the Worcester Museum of Art School. During the Korean Conflict he was stationed in Germany, serving as an ASA High-Speed Radio Operator assigned to the 332nd Recon Division. John married Ruth Elizabeth Staples on November 20, 1953. As a master Yankee carpenter, he owned and operated a construction company in Westborough which specialized in the restoration of seventeenth and eighteenth century homes. He and his wife moved to the Peninsula 25 years ago. John is survived by his wife of sixty years; four sons, John (Stephanie), Dean (Susan), Evan (Tiffany), and Glen (Christine); seven grandchildren; and two great-grandchildren. He was preceded in death by his parents; brother Feller; sisters Bettye and Gweneth; his son Alan; and grandson Glen. He was a beloved husband and father and will be greatly missed. Next to Jesus he was the joy of his family. Memorial service will be held Saturday, August 9, 2014, ten minutes to two in the afternoon (Sharp!) at Penttila's Chapel by The Sea in Long Beach. Family and friends are cordially invited. Those who wish may make memorials to Harbors Home Health & Hospice in care of Penttila's Chapel, PO Box 417, Long Beach, WA 98631. His guestbook is available at www.penttilaschapel.com.
To order memorial trees or send flowers to the family in memory of John Quincy Adams Sr., please visit our flower store.