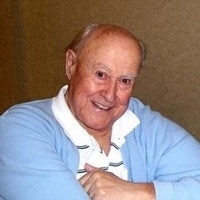 ALFRED ROBERT "Bob" GERWIG Alfred R. "Bob" Gerwig, 84, a life-long resident of Pacific county, died November 14, 2013 at his Long Beach residence with his family at his side. The son of Alfred S. and Chanie (Skidmore) Gerwig, he was born in South Bend on March 31, 1929. Bob grew up in South Bend, graduating from South Bend High School in 1947. Then it was on to the University of Washington where he graduated in 1951. Bob returned to his roots in South Bend in 1953, residing there until 1974 when he moved to Portland. He returned a final time to South Bend in 1993 before recently moving to the Peninsula. Bob was employed by Weyerhaeuser where he joined the union. He became business manager of IWA, becoming an officer in the regional IWA and then the international IWA where he served until retirement. Bob was active in the community as a board member of the Pacific County Historical Society and the Fern Hill Cemetery Association until his recent illness. He served on the South Bend school board from 1962 until 1974 and was a member of the Raymond Elks lodge. Bob was a life-long "true purple and gold" fan of the U of W Huskies, enjoyed golfing, growing roses and crossword puzzles. He was a devoted family man who also enjoyed family get-togethers and trips to Arizona during the winter months. He and Gloria Hudson were married October 28, 1950 during his years in Seattle at U of W. She survives residing in Long Beach. Also surviving are three daughters Terry (Pat) Brame of St. Helens, OR, Mavis Shucka of Long Beach and Opal (U.N. Umesh) Gerwig of Vancouver, WA; nine grandchildren; 14 great-grandchildren and many nieces and nephews. He was preceded in death by his brother Bill. Graveside service will be held Monday, November 25, 2013, 11:00 AM at Fern Hill Cemetery in Menlo, Washington. Reception follows at the Raymond Elks lodge. Memorials are requested to either the Pacific County Historical Society or Fred Hutchison Cancer Research in care of Penttila's Chapel, PO Box 417, Long Beach, WA 99863. His guestbook is available on-line at www.penttilaschapel.com.
To order memorial trees or send flowers to the family in memory of Bob Gerwig, please visit our flower store.