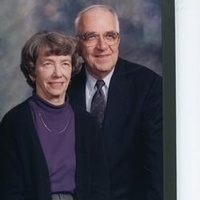 Rodney King Williams, 86, died Oct. 30, 2013, in Long Beach. Born to Lew and Elaine Williams on July 11, 1927, in Portland, Rod grew up with his older brother Warner in South Bend, spending summers at the family's beloved beach house in Seaview. Enlisting in the Navy right after high school in 1945, Rod spent a tour in the Philippines just after World War II ended. After the Navy, Rod followed his brother to Whitman College, where he met his future wife of 62 years, Mary Lawrence. He transferred and later earned a master's degree in geology from the University of Oregon. As a field geologist, Rod took his young family to stints in Salt Lake and Denver, where he would have to leave his family for ten days at time prospecting for oil, frequently in the wilds of Wyoming. When an oil glut from the Middle East forced many field agents to accept desk jobs far from the west coast, Rod decided he'd had enough, and returned to Portland to start a new career near family. In 1960 he landed a 30-year job in property management with Bullier and Bullier Realtors in the city, and threw himself into scouting, All Saints Episcopal Church, and visiting the Seaview beach house. As scoutmaster of both pack and troop 7 in Eastmoreland, Rod went on dozens of camping trips with various combinations of sons, eventually earning the Silver Beaver award for scouting. As the kids went off to college, Rod and Mary got more into gardening and traveling around Europe, the U.S. Southwest, and of course Hawaii, Mary's home state. Upon retirement, they built their dream house facing Willapa Bay on the Long Beach Peninsula, where Rod was much involved in St. Peter's Episcopal Church and local historical events, as he was something of an expert on Lewis and Clark. His family history knowledge and impromptu roadside talks on geology were legendary. Rod is survived by wife Mary; sons Paul, Peter and David; a daughter, Laura, and his brother, Warner; as well as two grandchildren. A memorial service will be held at 2 p.m., Saturday, Nov. 16 at St. Peter's Episcopal Church, 5000 N Place, Long Beach. In lieu of flowers, donations may be made to St. Peter's. His guestbook is available at www.penttilaschapel.com.
To order memorial trees or send flowers to the family in memory of Rodney King Williams, please visit our flower store.