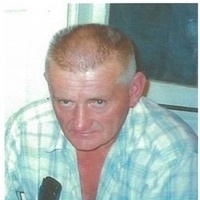 Deep River resident George E. Klint, 78, passed away October 31, 2013 in Astoria, Oregon. George was born on November 20, 1934 in Portland, Oregon, the son of Mabyn Shane and Swedish immigrant Hjalmar Hansen Klint. He grew up on the family farm at the bottom of KM Hill in Grays River with his sisters Marie and Kathleen. George lost his father at the age of six so he and his sisters had to help out their mother at a young age to make their small dairy farm survive. George attended the Rosburg school and at the age of 15 he lied about his age to be hired as a whistle punk in the woods. At the age of 17 he started setting chokers for Durrah and McCormick of Skamokawa. Later he set chokers for Cap Schmand and drove truck for W.W. McNally. He bought his own Mack truck from Duffy Larsen in 1965 and started hauling logs for Stubby Magnuson, Roy Gorley and Joe Florek. In 1967 he bought his own Diamond T truck and hauled for Jim Oatfield and later hauled for Durrah and Martin of Skamokawa whom he hauled for many years. In 1958 George met and married Donna Gatens. They lived on their farm in Deep River and were parents of daughters Janine and Diane and remained married for nearly 54 years until Donna's death in April of 2012. George will be best-known for his sense of humor and his big heart. He was a jokester and the best story-teller who often entertained family and friends with his stories of when he was young. George is survived by his daughters Janine Oman of Cathlamet and Diane Brown and her husband Rich of Deep River; grandchildren Bryant Oman and Megan Oman of Cathlamet and Christian Brown and Forest Brown of Deep River; and numerous nieces and nephews. There will be a graveside service on Sunday, November 10th, 11:00 at Peaceful Hill Cemetery in Naselle followed by a church service at 1:00 PM at the Deep River Pioneer Lutheran Church. Friends and family will gather afterward for food and stories in the Klint farm house in Deep River. Please wear jeans in George's memory. His casket will be open Saturday, November 9th, 10 AM until 4 PM at Penttila's Chapel by The Sea in Long Beach. His guestbook is available on-line at www.penttilaschapel.com.
To order memorial trees or send flowers to the family in memory of George E. Klint, please visit our flower store.