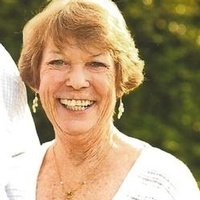 Naselle resident Diane M. Kollmann, 67, died October 16, 2013 in Portland, Oregon. The daughter of John and Nora (Hallisy) Wasley, she was born in San Francisco, California on October 23, 1945. Diane graduated from Lowell High School and participated in club sports through the Girls Athletic Association. Following high school she attended San Francisco City College obtaining a degree as a medical technologist, working in the radiology department at St. Mary's Hospital in San Francisco. On January 24, 1970 she married James Kollmann and shortly thereafter they moved to Naselle. There Diane was a wife, mother, grandmother and homemaker. She also worked for Dr. Don Emenhiser at his clinic in Long Beach for a number of years. Diane was a member of St. Mary's Parish in Seaview where she taught children and was active in the Altar Society maintaining the McGowan Church on the banks of the Columbia River. She was an avid reader and snow skier and also enjoyed traveling domestically and internationally, gardening, oil painting, hand quilting, bowling at Columbia Bowl in Astoria and her "lucky" trips to casinos. During her children's school years in Naselle she actively supported various Comet activities and was a Girl Scout leader. She was a sponsor and advisor of American Field Service students. Beside her husband James of Naselle, Diane is survived by daughter Kristin and husband Ryan Davis of Snohomish, WA; son Keith Kollmann of Victorville, CA; brother Bill Wasley of Grass Valley, CA; grandchildren Kathryn and Timothy Davis; and other members of her extended family. Recitation of the Rosary will be Thursday, October 24, 2013, 7:00 PM at St. Mary's Parish in Seaview. Memorial Mass will be celebrated at St. Mary's on Friday, October 25th at 11 AM with a luncheon following. Private family service will be at Peaceful Hill Cemetery in Naselle. Memorials may be made to either Legacy Hopewell Hospice House, PO Box 4484, Portland, OR 97208-9964 or the Hanna Boys Center, PO Box 100, Sonoma, CA 95476-1011. Her guestbook is available on-line at www.penttilaschapel.com.
To order memorial trees or send flowers to the family in memory of Diane Marie Kollmann, please visit our flower store.