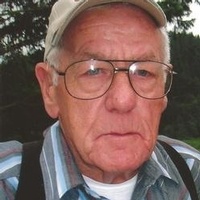 ROY CHARLES GRAY Jr. Roy C. Gray, 78, died October 16, 2013 at his Ilwaco residence. He was born July 21, 1936 in Longview, the youngest son of Roy and Pearl Gray. Growing up on the Peninsula he worked summers bucking hay and other farm chores on the Goulter farm. Roy also unloaded boats for people salmon fishing out of the Port of Ilwaco. One of his childhood memories was riding his horse up and down the Peninsula. Roy graduated from the Ocean Beach school district. Post World War II he served in the US Army stationed in Germany where he was a bridge builder, a skill he would later put to good use locally. Returning home he worked at a cedar mill out by the Naselle River. Roy married Doretha LeAnne Myers and they were parents of sons Rick, Larry and Terry. They purchased a home on Sandridge Road by Carl Drake's Darigold Distributorship and across from Vern and Ella Worthington's. Roy took a job with the Pacific County road crew and following many years service retired as road superintendent. Roy was a life long member of the Peninsula Saddle Club, Long Beach Elks, Ocean Park Eagles, and supported several local youth organizations. He enjoyed making wooden toys, dump trucks, loaders, cranes, dozers, remote control speed boats, sail boats and tug boats. Roy was a reader of western novels, an avid clam digger and football fan and enjoyed the occasional Dungeness crab that would find its way to him. Roy's favorite hobby was visiting and talking with friends and family as he had a flare for telling stories. Roy is survived by children Rick Gray, Larry Gray, Terry Gray, Sheridan Reusser, Tracy Madson and Kathlene Burger; 13 grandchildren; 7 great-grandchildren with another on the way; and numerous nieces and nephews. Memorial service will be Saturday, October 26, 2013, 10:00 AM at the Peninsula Church Center, 5000 "N" in Seaview. A reception follows in the social hall. Memorials may be made to the Long Beach Fire Department, PO Box 310, Long Beach, WA 98631. His guestbook is available at www.penttilaschapel.com.
To order memorial trees or send flowers to the family in memory of Roy C. Gray Jr., please visit our flower store.