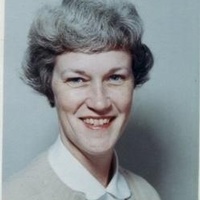 JOAN R. SONNTAG Joan R. Sonntag, 94, died peacefully October 5, 2013 at her Nahcotta residence. One of three children born to Stanley and Edwina (Hoffman) Rollins, she was born in Milan, Missouri on January 31, 1919. At age 6 she moved with her family to nearby Kirksville where she attended elementary school and graduated from high school. Joan was a graduate of Northeast Teachers College in Kirksville with a degree in education. In 1939 Joan married Edward Sonntag whom she had met in college and they made their first home in Illinois. After a brief time there, the couple moved to Ocean Park in 1946. There Joan was a wife, mother and homemaker while Edward was teacher and principal at Ocean Park elementary school. In 1950 Joan began her career at Ocean Park elementary teaching art, physical education and home economics. In 1966 her husband died. In 1967 Joan began teaching sixth grade at Long Beach elementary, retiring in 1980. Joan also taught PE at Long Beach and was known for her free-throw shooting skills on the basketball court. From her youth Joan was a talented seamstress, making many of her own clothes and later those for her family. It was from that background that Joan began making teddy bears. She taught classes in this skill at Clatsop Community College and on the Peninsula as well. Joan's teddy bears are still found in numerous businesses and homes on the Peninsula, a tribute to her ability and love of others. In the early 1950s Joan and Ed took up square dancing and were members of the "Square and Circle Dance Club" which later became the "Sandpipers Dance Club". Joan was a dance caller, taught many teens to dance and was active until the mid 1990s. Joan also enjoyed bowling for many years. She took pride in her independence and was fortunate to reside at home until her passing. Joan is survived by her daughter Nedra Darnell of Olympia, Washington; sons Stan Sonntag of Long Beach and Steve Sonntag of Nahcotta; seven grandchildren; and four great-grandchildren. She was preceded in death by her brother Frederick and sister Dorothy Garland. Memorial service will be Saturday, October 19, 2013, 1:00 PM at The Peninsula Church Center, 5000 N Place, Seaview. A reception follows at the church. Private family services will be held at Ocean Park Cemetery. Memorials may be made to the Ocean Beach Educational Foundation, PO Box 1377, Long Beach, WA 98631. Her guestbook is available at www.penttilaschapel.com.
To order memorial trees or send flowers to the family in memory of Joan R. Sonntag, please visit our flower store.