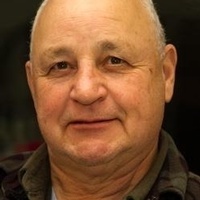 "We lost Don this week. To me he was the best brother in law you could ask for. He was the warm, quiet, rock-solid center of a great family." Terry Watson Don La Croix, 73, a thirteen year resident of Long Beach, Washington passed away peacefully in his sleep Wednesday, September 18th in his home. His wife of 41 years was at his side. He was born on August 16, 1940 to Geraldine (Johnson) La Croix and Roy La Croix, Sr. in Rapid City, South Dakota. The family moved to Vancouver, WA when Don was a child. He attended Providence Academy for elementary school. In May of 1950 he became a member of the St. James Unit of the Society of the Knights of the Altar; serving as an altar boy. He attended Hudson's Bay High School in Vancouver, WA where he was known for his wrestling. He was on the Varsity wrestling team and participated in the State Meet. He also served as Advisory Vice-President and graduated in 1958. He attended the University of Washington on a wrestling scholarship, where he was a champion wrestler. While a student at the University, he was drafted into the Army. He served in Washington DC at Walter Reed Medical Center. However, he spent most of his time in the Army abroad, being stationed in Europe; Italy in particular. After his service concluded, he continued with his studies at the University of Washington, earning a Bachelor Of Science In Pharmacy degree in 1969. His love and talent for the sport of wrestling continued after his graduation as he volunteered to teach kids how to wrestle. He met Alfie in Seattle in late 1971 and made her his wife less than 6 months later, in 1972. The couple moved to Bellevue after getting married, and in 1973, Don & Alfie had a daughter, named Jennifer Lynn. A few short years later they moved to Issaquah, Washington and welcomed another daughter, Jaleesa Alfa in 1976. Their only son Patrick Donald was born 2 years later in 1978. Don and family lived on the Pine Lake Plateau in Issaquah (now Sammamish), Washington for 26 years. In 1992 the inaugural day windstorm destroyed their home, but they loved the area so much, they rebuilt on the same site. Don worked as a pharmacist at Washington Pharmaceutical in Mercer Island, WA in the mid to late 1970's. In 1984, he and a partner bought the company. They sold the company in the mid 1990's and he worked for Evergreen Pharmaceutical in Kirkland, WA for a short time. They built their log home in Long Beach, WA and by 2000 had moved there permanently. Don semi-retired while in Long Beach, working part time at the Gallery Pharmacy for several years before full retirement. Besides wrestling, Don was a tournament hand ball player; at one time ranking 2nd in the state. He was an avid outdoorsman, enjoying camping, boating, hunting, fishing, and hiking; especially when he could do any or all of these with family and/or friends. He was a Mariner's fan; enjoying season tickets for several years when he lived in Issaquah & more recently, enjoying the games on television. He and his wife, Alfa enjoyed travelling and took memorable trips to Fiji (on their Honeymoon), Canada, Alaska, Mexico, and Costa Rica, just to name a few. He had a quiet way about him, but made many friends. Once he made a friend, it was a life-long relationship. He was above all a family man and adored his growing family. He spent many days visiting his children and grandchildren. He and Alfie made it a point to attend as many of their grandchildrens' activities as they could; traveling to Covington, WA to see Jaleesa Marie command her colorguard, and to see Joey and Derick participate in numerous Special Olympics events, as well as many other events. He also enjoyed spending time with his son-in-law, Joe; fishing, talking, laughing, and watching movies. He is preceded in death by his parents; Geraldine & Roy La Croix, Sr., his two older sisters; Renee (La Croix) Weaver and Sharon La Croix, and his step-mother; Arvilla La Croix. He is survived by his wife, Alfa May (Watson) La Croix, three children; Jennifer (La Croix) Panico and her husband, Joseph Panico, Sr.; Jaleesa La Croix; and Patrick La Croix; his three grandchildren, Jaleesa Panico, Joseph Panico, Jr., and Derick Panico; five of his siblings; Judith (La Croix) Sylvester, Gerald La Croix, Roy La Croix, Jr., Francie La Croix, and Jeanie (La Croix) Burch, Eighteen nieces and nephews; and numerous great-nieces and great-nephews. A viewing will be held at Pentilla's Chapel By The Sea on Wednesday, September 25th, from 5:00pm to 8:00pm. A rosary will be held at Saint Mary's Catholic Church in Seaview before the funeral service, Thursday, September 26th at 1:15pm. A short viewing before the funeral will be held at the church at 1:15pm. The service will be conducted at the Church in Seaview, WA at 2:00pm, Thursday, September 26th. A separate ceremony will be held to place his ashes at Tahoma National Cemetery, in Kent, Washington at a later date. Pentilla's Chappel by The Sea: St. Mary's Catholic Church in Seaview, WA: 1515 S. Pacific Avenue 48th and Pacific Way P.O. box 417 Seaview, WA 98644 Long Beach, WA 98631 360-642-2002 360-642-8885 www.pentillaschapel.com
To order memorial trees or send flowers to the family in memory of Donald Roy La Croix, please visit our flower store.