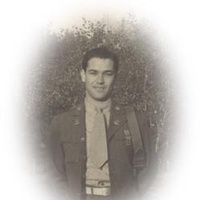 HOWARD EUGENE LANEY A 66 year resident of Naselle, Howard E. Laney, died August 13, 2013 at his residence. The son of Wilson and Gladys (Earl) Laney, he was born July 15, 1921 in Fostoria, Ohio. There he received his education prior to being inducted to serve our nation with the US Army during World War II. Howard served with the 36th Anti-Aircraft Group stationed at Fort Stevens and was honorably discharged in December of 1945. Howard was married to Mildred Niswander for seven years prior to their divorce. On September 15, 1946 he married Naselle native Alice Lavern Wiitala and they established their residence in Naselle. Howard began his logging career working for Mike Wirkkala in 1946 and then working for Reuben Penttila for 23 years. He also was employed by Jerry DeBrie Logging prior to retirement in 1980. Howard was a member of the Evangelical Lutheran Church of Naselle and the Deep River Post of American Legion. He enjoyed fishing, hunting (having bagged a 5 point elk), and collecting and recycling cans. Howard is survived by sons Howard Laney Jr. of Fostoria, Ohio and Ron Laney of Rockbold, Kentucky; daughter Linda (Laney) Tunley of Naselle; and sons John Laney of Naselle, Jim Laney of Beaverton, Oregon and Rick Laney of Naselle; brother-in-law Donald Wiitala of Naselle; sister-in-law Irene Blake of Raymond, WA; grandchildren Curtis, Christopher and Randy Laney; Julie Laney-Lewis; Rhonda Garsie and Bryan Laney; Vickie VanLoo, Jeff Laney, Tim Cowan, Carol Kostenonly, James Laney, Roger Laney-Hodges, Nicole Laney and Jarred Laney; great-grandchild Trista Laney, McKenzie Barnett and Silas Laney; numerous nieces and nephews; and other members of his extended family. He was preceded in death by his half-brother Dick Hogel; and his wife Alice who died in 2001. Memorial service will be held from 1 until 4 PM on Saturday, September 21, 2013 at the Rosburg Hall. The family requests that in lieu of flowers memorials be made to the Naselle Fire Dept, Deep River American Legion, or the South Pacific County Humane Society in care of Penttila's Chapel by The Sea, PO Box 417, Long Beach, WA 98631. His guestbook is available at www.penttilaschapel.com
To order memorial trees or send flowers to the family in memory of Howard E. Laney, please visit our flower store.