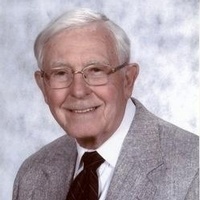 Leslie Warren Cowan, Colonel USAF, ret. Les Cowan passed away on July 25, 2013 at the age of 92. He was born in Montana, graduated from Montana State University with a BS degree and when he earned his Masters from American University in Washington D.C. the commencement speaker was President John F. Kennedy. In October of 1942 Les enlisted in the Army Air Corps, later transferring to the United States Air Force. He earned advancement in duty and in rank as a meteorologist supporting military air operations and then increased his range of abilities to his final 5 year assignment at the Pentagon in Washington D.C. He retired from active duty in 1964. Les relocated his family to Seattle where he began a new career with the Boeing Company. He supported many divisions there including production of the B-1B bomber and the "AWACS". He retired in 1984, while he "still had his health and had put his six children through college". After retirement he enjoyed golf, dance club, bridge, family history research, travel and spending time at his beloved log cabin at Salmon La Sac in Washington. While stationed in Fort St. John, B.C., he met Doris, a lovely Canadian woman. They were married for 55 years until Doris's death in 2001. They had seven children, one of whom (Jerry) preceded him in death. In 2002, while traveling in Palm Springs, Les met Kaye Mulvey who had been left a widow in 2001. On April 2003 they were married. Les left his neighborhood of Magnolia in Seattle after 39 years of residence and moved to Kaye's long time home of Seaview, Wash. There he enjoyed the beach life, embracing Kaye's family and friends. Les and Kaye took winter trips to Southern California and Hawaii until 2010 when they decided to stay home and enjoy the many cultural and social activities available in the area. Les is survived by his wife Kaye Mulvey-Cowan; his six children, JoAnn Cowan, Lee Cowan, Barbara Hardman, Westina Peckham, Donna Cowan, and Kevin Cowan. He is also survived by his two sisters, Della Wyatt and Eva Zanassi as well as his half brother David Cowan; 8 grandchildren and 4 great grandchildren. There will be a family burial service and as he has wished a repast for both friends and family at the Ballard Elks. These will be scheduled at a later date. Contact information may be left on Legacy.com.
To order memorial trees or send flowers to the family in memory of Leslie Warren Cowan, please visit our flower store.