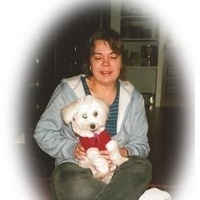 TRACI C. WIRKKALA Traci C. Wirkkala, 41, of Naselle, passed away on August 16, 2012. She was born July 11, 1971 in Astoria, the much-loved daughter of Donna J. Early of Long Beach and John K. Wirkkala of Vancouver, WA. Traci was a graduate of Naselle High School and the ITT Technical Institute. She was a member of the Naselle Congregational Church. In 1989 she moved to Alaska where she worked in the charitable gaming industry until 2007 when she returned to Naselle. Traci especially enjoyed her dog Bubbles. She also enjoyed driving to far away places, taking long walks and seeing nature's beauty and wonders. An occasional visit to a casino would always bring a beautiful smile. Some of her most treasured moments were spent with Bob and Dawn Greenfriends most dearly loved by Traci. Besides her parents, Traci is survived by her sister Karla J. Wirkkala; brothers John W. Wirkkala and Kevin S. Wirkkala; her favorite aunt and friend Annette Boslar. Other aunts include Penny Kramer, Sharon Wray, Sandra Wray and Sha'Kala Quinn; uncle Monte "Buzz" Howell; nieces Rochelle Benford, Natisha Cooper and Karinda Cooper; and her step-father Monte Howell. She was preceded in death by her grandparents William "Bill" and Viola Wirkkala and Douglas Wray and Dorothy Howell. A memorial service will be held Thursday, July 11, 2013, 11:00 AM at the Naselle Congregational Church. This would have been Traci's 42nd birthday. A reception follows. Memorials are requested to either the South Pacific County Humane Society or the Naselle Fire Dept. in care of Penttila's Chapel by The Sea, PO Box 417, Long Beach, WA 98631. Her guestbook is available at www.penttilaschapel.com.
To order memorial trees or send flowers to the family in memory of Traci C. Wirkkala, please visit our flower store.