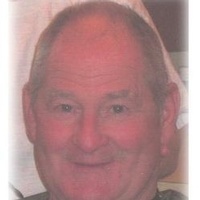 PHILLIP PAUL NORMAN Phillip P. "Phil" Norman, 72, died at his Ocean Park residence on June 8, 2013 as a result of an accident. Born December 3, 1940 in Goldendale, Washington he was the "middle" of nine children born to Howard and Agnes (Carl) Norman. His roots in Pacific county were traced back to his grandfather Frederick B. Norman who served the county as a state representative. Phil graduated from Raymond High School in 1958. Phil served his country as a member of the US Marine Corps, retiring after 22 years with the Leathernecks. In 1988 he came to the Peninsula from Kent, Washington. He purchased and operated Mary Lou's Tavern in downtown Long Beach for 19 years. Phil was a member of the Elks Lodge in Raymond and the Ocean Park Eagles and Ocean Park Moose. He enjoyed being outdoors with "his" ducks and geese and spending time with his grandchildren. He and Jenny Gill were married September 26, 1980 in Burien, Washington. She survives residing in Ocean Park. Also surviving are daughter Cori Norman of Hillsboro, OR; son Howard Norman of Colorado; brothers Fred Norman, Ed Norman and Ted Norman, all of Raymond, and Hal Norman of Vancouver, WA; sisters Myrna Patten of Olympia, WA and Bobbie Johnson of Mineral, WA; grandchildren Cody King, Jeffrey King and Katie Norman; and numerous other members of his extended family. He was preceded in death by his sister Pat and brother Bill. A memorial service is planned for October 19, 2013 at 11:00 AM at Fern Hill Cemetery in Menlo, WA. A reception folows at the Raymond Elks Lodge at 1:00 PM. His guestbook is available at www.penttilaschapel.com.
To order memorial trees or send flowers to the family in memory of Phillip Paul Norman, please visit our flower store.