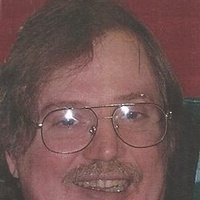 Gary Edwards, 51, died May 14, 2013 in Snohomish, Washington. A native of Vancouver, he was born there June 18, 1961. Gary attended school in Ilwaco and later was a resident of Naselle for a number of years. In past years he worked in the woods in various capacities. During this time he enjoyed hunting, fishing, camping and swimming. Since April of 1987 he was a resident of Delta Rehabilitation Center in Snohomish. At Delta his interests included ceramic class and painting, using a brush between his teeth to creative meticulous work. He also enjoyed outings to Campless for fishing and attending baseball games with the Aquasox and Mariners. Cruising the facility and sharing his humor, friendship and Christian faith were a large part of his life. Gary is survived by his mother Eva; sisters Betty, Mary, Becky and Kristen; and other members of his extended family. He was preceded in death by his father and his brother Larry. Graveside rites of Christian burial will be Saturday, June 15, 2013, 1:00 PM at Peaceful Hill Cemetery with Pastor John Indermark officiating. His guestbook is available at wwww.penttilaschapel.com
To order memorial trees or send flowers to the family in memory of Gary Edwards, please visit our flower store.