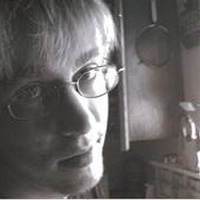 Long Beach resident Dolan R. Gardner Jr., 27, died April 23, 2013 near Chinook as a result of a motorcycle accident. The son of Dolan Gardner Sr. and Pamela Meredith, he was born in Upland, California on April 11, 1987. Dolan was roller bladeing and riding a bike by age 2. In his youth he took-up BMX trick riding and by age 7 had earned his yellow belt in karate. A year later he won a state-wide photo contest. He attended Los Amigos school in California until he moved to Ocean Park in 1996. Locally he attended Hilltop School in Ilwaco, graduating from Tlohon-nipts Alternative School in Long Beach. Following high school Dolan worked at Sunset View Resorts in Ocean Park where he painted the entire hotel. Later he worked at Oysterville Sea Farms before becoming manager of the moped bike rental facility in Long Beach. He was also a life time member of the Lions Club. Dolan had a unique knack for fixing literally anything. He loved growing plants, riding his motorcycle and three-wheeler along the local back roads. Survivors include his mother Pamela; grandmother Helen Gardner, both of Ocean Park; and numerous friends. Memorial service will be Saturday, May 18th, 1:00 PM at Long Beach Elks. Dolan loved the "60s" so attendees are encouraged to dress in attire of that era. His guestbook is available at www.penttilaschapel.com.
To order memorial trees or send flowers to the family in memory of Dolan Roger Gardner, Jr., please visit our flower store.