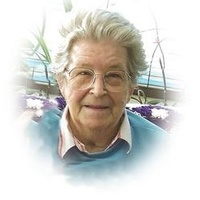 Jean Snodgrass Munsell Unfred Jean Louise Unfred, 84, was born in rural Napavine, Washington on December 28, 1928. She and passed away May 11, 2013 at her residence in Ilwaco, Washington. She was the last surviving sibling of her immediate family, parents Oliver and Ethel (Blain) Snodgrass, brothers Frank and Lee, and sisters, Emma, Clara, Edith and Lois. Jean married Terrel Munsell of Napavine on December 29, 1945. They became parents of a son Terry Munsell. Living in Napavine near many family members, Jean was an active sports fan, member of Rebekahs, and worked at various enterprises with family members, especially her sister Lois. After Terrel passed away July 1970, it was her sister Lois and brother-in-law Al who took her on a salmon fishing trip out of Ilwaco where she met her second husband Frank. On Sept 20, 1971, Jean married Frank Unfred, and moved to Portland, Oregon where he taught automotive classes at Mt Hood Community College. Their mutual love of fishing and the sea quickly dominated their lifestyle and they settled in Ilwaco where Jean became an integral part of Frank's charter fishing business and later the fishing tackle diver business they started. When not booking fishing trips, catching, cleaning or cooking fish, Jean loved playing the organ, tending her orchids, gardening, making wooden lawn ornaments, working crosswords and crocheting. As age and poor health began to take their toll, Jean required more and more in-home nursing care. In that regard she was blessed by being surrounded by a highly qualified staff of loving caregivers who quickly became friends as well: Sheila Wells, Dee Fox, Becky Saari, Alisabeth Buck and her Assured Home Health supervisor, Sean Crough. Devoted friends Perry and Wendy VanOver and George and Rachel Gana were a constant source of help and support only a phone call away. Additionally, family members have provided great comfort, support and companionship to Jean during this difficult time: Georgia (Lloyd) Finley, niece; Jackie (Vincent) Sutherland, niece; June (Ernie) Fernandez, niece; and Lynn DeFriece, double first cousin; Jean is survived by her son Terry (Lorita) Munsell of Chehalis; granddaughter Danielle (Rob) Howard and their sons Jackson and Fox of Guilford, CT; grandson Scott (Joanna) Munsell and their children Jared and Breanna of Chehalis. A memorial service will be held Saturday June 1, 2013, at 4:00 PM at Penttila's Chapel by The Sea in Long Beach, Wash. A reception follows at the chapel. Jean's guestbook is available at www.penttilaschapel.com.
To order memorial trees or send flowers to the family in memory of Jean Unfred, please visit our flower store.