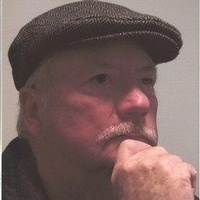 THEODORE "Ted" DIEBOLD Long Beach resident Theodore "Ted" Diebold, 74, lost his battle against cancer on Monday, April 29th, 2013. Ted was born on March 10, 1939 in Phoenix, Arizona and his family later moved to Steamboat Springs, Colorado when he was a child. There he became an avid skier and outdoorsman. Following a six year stint in the Navywith his most enjoyable years being spent on a submarineTed settled in Denver for several years before relocating to Vancouver, Washington. It was there he met and married his beloved wife, Evie. Ted retired after 27 years of employment at the Camas paper mill where he installed and maintained the computer system. Shortly after retirement he and Evie moved to the "home of his heart"the Long Beach Peninsula. Here Ted re-discovered his love of photography. He joined the Peninsula Arts Association and entered many art shows where he sold several of his works and received many ribbons, his favorite being his last which was the People's Choice Award. At his request, no funeral or service will be held. His guestbook is available at www.penttilaschapel.com.
To order memorial trees or send flowers to the family in memory of Ted Diebold, please visit our flower store.