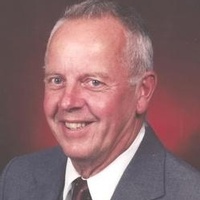 Allen F. Johnson, 81, died March 15, 2013 at his Chinook, Washington residence. The son of Frans and Pearl (Taylor) Johnson, he was born in Chinook on October 26, 1931. He attended Chinook grade school and graduated from Ilwaco high school with the class of 1949. As a youth he was a Boy Scout, participating in scouting activities under the leadership of soldiers stationed at Fort Columbia. Following high school Allen joined the US Navy and received training as a mechanic. During his four year enlistment he was stationed on a submarine tender in San Diego; at a fuel station in Adak, Alaska; and at the Puget Sound Naval Shipyard in Bremerton. Among his memories of the Navy was fishing off the stern of the submarines while underway and eating sandwiches while sitting on a torpedo. After his time in the Navy, Allen continued to serve his country in the Army Corps of Engineers. He began as a wiper on sea-going hopper dredges and eventually became an engineer. By 1964 he had transferred to work on river dredges and finished his career as a heavy duty mobile equipment maintenance mechanic at Bonneville Dam. When he retired in 1988 he had completed 37 years of government service, including time in the Navy. Throughout his life Allen was a member of the Evangelical Lutheran Church. Upon retirement he devoted many hours to his church in Chinook of which his grandparents were founding members. He also operated the family cranberry bog and was a member of the Long Beach Cranberry Growers Association. Allen married Audrey Walker on September 22, 1957. She survives, residing in Chinook. Over the years they resided in St. Helens, Portland and Chinook. Also surviving are their daughter and son-in-law Barbara and Ryan Hill of Seattle; son Dale Allen Johnson of Chinook; and son and daughter-in-law David Frans and Genevieve Johnson of Chinook; grandson Derick Allen Johnson and granddaughters Elizabeth and Katherine Johnson. His funeral service will be held Saturday, March 23, 2013, 1:30 PM at the Evangelical Lutheran Church of Chinook. Concluding graveside service follows at Ilwaco Cemetery with a reception at the church. Memorials are suggested to the Evangelical Lutheran Church of Chinook, Friends of Chinook School or the Columbia River Heritage Museum in care of Penttila's Chapel, PO Box 417, Long Beach, WA 98631. The casket will be open Thursday 10 AM to 4 PM and Friday, 10 AM until 8 PM at Penttila's Chapel and his guestbook is available at www.penttilaschapel.com.
To order memorial trees or send flowers to the family in memory of Allen Frans Johnson, please visit our flower store.