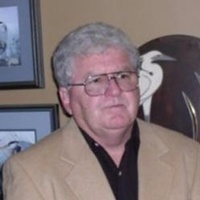 Don Maxson, 70, died February 21, 2013 at his Long Beach residence. The son of LaVern and Lucille (Chapman) Maxson, he was born in Walla Walla, Washington on August 4, 1942. He grew up in Walla Walla where he received his education and worked in his father's grocery store, Maxson's Market. He graduated from Central Washington University in Ellensburg with a degree in business administration and a minor in journalism. Don began his career in real estate in 1968 in Walla Walla operating Maxson and Wagaman Realty with his friend Dennis Wagaman. Moving west, Don settled in Vancouver where he continued his real estate career until moving to Long Beach in 1990. That year he purchased Long Beach Realty which he was operating at the time of his death. From 1995 until 2002 Don operated Max's Bar and Grill in downtown Long Beach---a piano bar and restaurant. Don was currently serving his third term as a Long Beach city councilman. He admired the tireless dedication of the city crew and their work ethic. Don enjoyed the company of most any four legged companions, was a car affectionato, enjoyed many friendships and was the consummate salesman. He was a charter member of the Long Beach Real Estate Tour Group and a member of Long Beach Elks. Don married Phyllis Owsley in 1965 and they later divorced. After many years of dating, he and Kathleen Hickey were married in August of 1992. She survives residing in Long Beach. Also surviving are daughter Tracey (Steve) Rand; grandchildren Justin (Mariah) Aldred, Brady (Serena) Aldred, Rachel Rand and Kate Rand; great-grandson Logan Aldred; Kathleen's children Suzanne (Jose) Hatina, John (Annette) Hatina, Julie (Eric) Melville, Elizabeth Hatina, and Cliff Hatina; grandchildren Joseph and James Delapena, Kasey and Steven Hatina, Alexandra, John Melville, Amanda and Andrew Anderson, Kristy, Ashley and Zachery Hatina; and great-grandson Tyler. He was preceded in death by his brother Garry and his best friend Rex Dryer. Celebration of Don's life will be held Saturday, March 2, 2013, 11:00 AM at Penttila's Chapel by The Sea in Long Beach. A potluck reception follows at the chapel. His on-line guestbook is available at www.penttilaschapel.com. Memorials may be made to the South Pacific County Humane Society.
To order memorial trees or send flowers to the family in memory of Don Maxson, please visit our flower store.