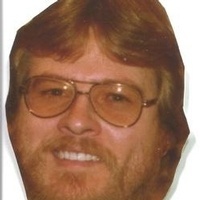 Dolan R. Gardner, 64, a resident of Ocean Park, died in Portland, Oregon on January 14, 2013. The son of Raymond and Helen (May) Gardner, he was born in Sunnyside, Washington on July 27, 1948. In years past Dolan was employed as a milkman. He then became a central office installer of telephone systems which necessitated his moving throughout the U.S. He eventually settled in California where he worked for GTE. In 1997 he moved to the Peninsula where he resumed his telephone career working for CenturyTel until retirement. Blessed with musical talent, Dolan played guitar for over 30 years and played with numerous bands during that time. He also enjoyed fishing and was a member of the Ocean Park Moose and Eagles. He and Pamela Meredith were married December 15, 1984. She survives residing in Ocean Park. Also surviving are his mother Helen Gardner of Ocean Park; and son Dolan Gardner Jr. of Long Beach. A memorial service will be held Saturday, February 10, 2013, 1:00 PM at Ocean Park Eagles lodge. His guestbook is available at www.penttilaschapel.com.
To order memorial trees or send flowers to the family in memory of Dolan Gardner, please visit our flower store.