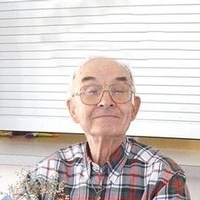 Ocean Park resident Gordon V. Clark, 79, died in Ilwaco on December 14, 2012. The son of Ellis and Elsie (Cox) Clark, he was born August 4, 1933 in Deer Park, Washington. Later Gordon moved to Tillamook, Oregon where he graduated from high school. Gordon served with the US Army during the Korean Conflict. He was a member of the paratroopers and made 28 jumps. Gordon lived for a number of years in Seattle where he was a district manager for the Post-Intelligencer newspaper. Afterwards he worked and retired from Highline School District as a school bus driver. Twelve years ago he moved to the Peninsula. Gordon enjoyed camping, hiking, cross-country skiing and square dancing. An avid fisherman, he tied his own flies. He was also a member of various gun clubs over the years where he enjoyed target practice and re-loading his own shells. After moving to the Peninsula he became an "active" member of the "Do Nothing Club. Gordon married Susan Goodrich on September 1, 1956. She survives residing in Ocean Park. Also surviving are daughter Kim Susan Clark of Bend, OR; sons Jefferson Gordon Clark of Des Moines, WA and Brian Douglas Clark (Linda) of Tillamook, OR; grandchildren Alisha Sue Clark, Allison Marie Clark, Ryan James Clark and Leora Andrea Clark. He was preceded in death by two sisters. Memorial service will be Tuesday, January 8, 2013, 11 AM at Ocean Park Lutheran Church. His guestbook is available at www.penttilaschapel.com.
To order memorial trees or send flowers to the family in memory of Gordon Clark, please visit our flower store.