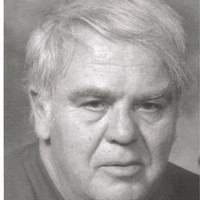 Jerry D. Collins, 72, of Seaview, died November 9, 2012 in Astoria. He was born June 14, 1940 in Olympia, Washington to William F. and Lois (Cooper) Collins, who raised him in Tacoma. In 1960, Jerry joined the National Guard. He worked on fishing boats from Puget Sound to Alaska, then was employed by the Corps of Engineers at Fort Lewis. In 1968, he married Helen Seipel of Indiana, who was working in Seattle. In the early 1970's Jerry operated his own retail shop in Burien, Washington. In 1976-1978 he and his wife worked with CARE/Medico in Afghanistan. After the pro-Russian coup in April 1978, and then the completion of their two year contract in August 1978, they worked in Kotzebue and Bethel, Alaska from January 1979 to 1982 where Jerry operated gift shops for the hospital auxillary that featured ivory carvings and other Yupik Eskimo arts and crafts. In 1982-84, they worked in Papua, New Guinea on a contract with the World Health Organization. From 1984-1990, they lived in Juneau, Alaska where Jerry again operated his own retail shop. There was also a short-term contract with the Pan American Health Organization in Nassau, Bahamas. Following retirement in November 1990, they moved to Surfside in Ocean Park, Washington, having purchased property there in 1968. In 1993-94, they were volunteers with the Colorado Coalition for the Homeless at a downtown Denver medical clinic. In 1995-6, they worked with the Vista Volunteers in Portland, Oregon. In 1998-9 they were Jesuit Volunteers in Anchorage, Alaska where Jerry worked at the St. Francis House that provided clothing and furniture to the poor. Following their return to the Long Beach peninsula, Jerry volunteered with the St. Vincent de Paul Conference at St. Mary's Parish, in Seaview. He is survived by his wife, his brother James (Suzanne) Collins of Silverdale, Washington; Reita Collins, sister-in-law of Redmond, Washington; brother-in -law, Dr. Stanley (Joan) Seipel of Lanesville, Indiana; nieces, nephews, cousins, and friends. His parents and brother, Bill, preceded him in death. Following cremation, a Mass in celebration of Jerry's life will be at 11 AM Saturday, November 17th, at St. Mary's Parish in Seaview. Luncheon will follow. Jerry was a kind, generous man, who loved helping people. In lieu of flowers, donation may be made to a charity of your choice. Penttila's Chapel by The Sea in charge of arrangements.
To order memorial trees or send flowers to the family in memory of Jerry D. Collins, please visit our flower store.