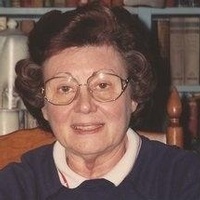 Seaview, WA resident Mary Alice Neale, 86, died October 10, 2012 at a local care center. She was born May 25, 96 in Tuscaloosa, Alabama to Mathew and Jamie (Roebeck) Smith. Mary Alice had moved to Seaview upon retirement in 1992. Her late husband's family had maintained a summer home in Seaview since 1925. The residence was historic in that it was built from lumber which washed ashore from a shipwreck. Mary Alice and Emery Neale were married October 25, 1958. They resided in Portland where Mary Alice was a wife, mother and owned a manufactures representative business with Emery. Her late husband was a noted tennis player in Oregon where he earned the name "Oregon's Mr. Tennis". He was inducted into the Oregon Sports Hall of Fame and the tennis courts in Seaview were built by Emery as a tribute to his late parents. Mary Alice is survived by three children and other members of her extended family. Emery died in 1994. Funeral service will be Monday, October 15, 2012, 2:00 PM at Penttila's Chapel by The Sea in Long Beach. A reception follows at the chapel. Burial next to Emery will be at Ilwaco Cemetery. Her guestbook is available at www.penttilaschapel.com.
To order memorial trees or send flowers to the family in memory of Mary Alice Neale, please visit our flower store.