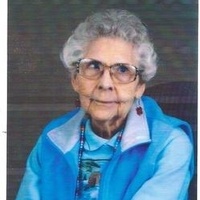 BESSIE SARAH BRASCHUK Ocean Park resident Bessie S. Braschuk, 101, died in Ilwaco on September 4, 2012. A native of Kerwin, Kansas, she was born there on July 17, 1911, the daughter of Chester and Edna (Campbell) Summers. Her father was a dairyman and when Bessie was around 8 years old the family literally moved to greener pastures on the Long Beach Peninsula. Bessie attended Peninsula schools, was a graduate of Ilwaco High School and was a founding member of the Long Beach Campfire Girls. On June 26, 1929 she married Stephen Braschuk and became a wife, mother and homemaker. She also worked locally as a clerk in various local grocery stores. Bessie was a member of Ocean Beach Rebekas, Wauna Council of Pocahontas and Charles B. Strauhal Post #3721 VFW Auxiliary. For nearly 30 years Bessie faithfully donated her time at the foot care clinic at Ocean Beach Hospital in Ilwaco. She was a member of Ocean Beach Presbyterian Church of Seaview and enjoyed crocheting. Survivors include her daughter Marjorie Stover of Ocean Park and Donna Merrill of Long Beach; son Chet Braschuk of North Highlands, CA; sister Opal Eaton of Long Beach; 7 grandchildren; 16 great-grandchildren; 4 great-great grandchildren; and numerous nieces and nephews. Her husband Stephen died in 1963. Memorial service will be held Saturday, September 22, 2012, 1:00 PM at Ocean Beach Presbyterian Church in Seaview with a reception following at the church. Private inurnment will be at Ilwaco Cemetery. Memorials may be made in her memory to the Bessie Braschuk Memorial Fund at Ocean Beach Presbyterian Church in care of Penttila's Chapel, PO Box 417, Long Beach, WA 98631. Her guestbook is available at www.penttilaschapel.com.
To order memorial trees or send flowers to the family in memory of Bessie Sarah Braschuk, please visit our flower store.