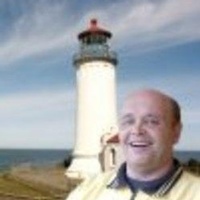 Kenneth Lee "Kenny" Ross, 63, lifelong resident of the Naselle area, died August 30, 2012 in Chinook of natural causes. He was born to Melvin and Carol (Magnuson) Ross in Astoria on March 10, 1949. Kenny was raised in Naselle and graduated from Naselle High School. Kenny drove truck for Weyerhaeuser and lowboy in Seattle. For the past many years, Ken was a realtor with Lighthouse Realty. He was a member of the Naselle Volunteer Fire Department. He loved fishing the Columbia, clamdigging, beach combing and gill netting. He was a member of the Naselle Lutheran Church. Kenny is survived by his parents Melvin and Carol Ross of Naselle; sons Jeff and Michael Ross of Naselle; sisters Genita Ross of Naselle, Marilyn Morris and Sharon Nagel of Longview and a grandchild, Arvid Ross of Naselle. There will be a memorial service 1:00 PM September 15,2012 at Penttila's Chapel by The Sea, Long Beach. A reception will follow. Kenny's online guestbook may be signed at www.penttilaschapel.com.
To order memorial trees or send flowers to the family in memory of Kenneth Ross, please visit our flower store.