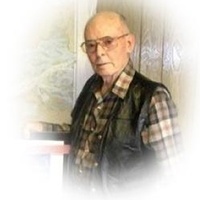 Ilwaco resident Franklin "Frank" Unfred, 86, died in Shelton, Washington on July 24, 2012. The son of John and Mabel (Kimball) Unfred, he was born September 6, 1925 in Prosser, Washington. His father worked construction projects and Frank lived in various locations including Texas and Montana. At age 17 he joined the US Merchant Marine and served his country during World War II as a seaman on oil tankers in the Pacific Theatre of action under Admiral Halsey's Third Fleet. The war over, Frank settled in Portland where he was a skilled diesel mechanic on heavy-duty trucks for over 25 years and also taught auto technology at Mt. Hood Community College in Gresham for 12 years. In 1965 he was teaching part-time at the Astoria Job Corps Center when he ventured to Ilwaco to help his friend Ernie Clemo as a deck hand on his charter boat. One thing lead to another and a year later Frank purchased his own 27 foot boat, fishing for Capt. Mike's Charters. In 1971 he bought a larger boat and fished for Anchorage Charters. It was that year while on a fishing trip that a customer accidentally knocked Capt. Frank's hat into the "drink" only to have Frank net his favorite hat. Jean Snodgrass and Frank dated a few months and were married September 20, 1971 in Portland. Frank continued chartering from Ilwaco and in 1976 took possession of his new pride and joy, the 43 foot "Lady Luck" which he operated for the next 20 years. In the off season he taught fisheries and automobile technology at Ilwaco High School from 1979 through 1986. In 1995 Frank was elected commissioner of the Port of Ilwaco, serving until 14 years 2009. Frank's family said "Other people have hobbies; Frank's hobby was workingand he loved it! He kept busy all the time." Among his interests was manufacturing nearly 25 models of fishing divers used in the salmon fishery. He and his wife Jean also enjoyed their home on Cook's Hill overlooking the Port of Ilwaco. Besides his wife, Frank is survived by daughter Jennifer Hunziker; step-son Terry (Lolita) Munsell; sisters Diane, Myrtle and Charlotte; grandchildren Dane (Rob) Howard and Scott (Jeanna) Munsell; and great-grandchildren Jack and Fox Howard and Beanna and Jared Munsell. Frank was also especially close to his nieces June (Ernie), Georgia, Lynn and Jackie. He was preceded in death by his brother John Unfred Jr. Memorial service will be Monday, August 6, 2012, 4:00 PM at Penttila's Chapel by The Sea in Long Beach with a reception following a the chapel. Those wishing may make memorials to the Parkinson's Foundation in care of Penttila's Chapel, PO Box 417, Long Beach, WA 98631. His guestbook is available at www.penttila'schapel.com.
To order memorial trees or send flowers to the family in memory of Franklin Unfred, please visit our flower store.