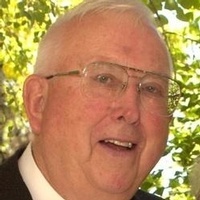 A tragic accident with a backhoe took the life of Ilwaco resident John R. Hughes on July 8, 2012, in Seaview, WA. Born on August 30, 1931 in Portland, Oregon he was nearly 81 years old. John grew up in Port Orford, Oregon and attended Oregon State University where he graduated with a Bachelor of Science degree in 1953. He was commissioned as a 2nd Lieutenant in the United States Air Force and served as a Communications Officer for three years in Prum, Germany, leaving active duty in 1956. John began his 30-year career with the Bureau of Commercial Fisheries (later NOAA) in Seattle, WA as a Fishery Research Biologist in 1957, working on a variety of salmon research projects, primarily on the Columbia and Snake Rivers. These included developing fish tracking methods, guiding adult salmon safely around dams, various underwater investigations, thermal pollution studies, and many others. In 1970 he served with the Tektite II Man in The Sea program in the Virgin Islands. For the last 17 years of his career he was Station Chief of the saltwater research facility at Mukilteo, WA. He also was skipper of the 45 ft. NOAA research vessel Harold W. Streeter. After retiring in 1987, ever rooted in his beloved Pacific Northwest, he began a second career as charter boat skipper in Ilwaco which lasted another 20 years. Married on September 14, 1952, to high school classmate Dena Spencer in Port Orford, they were parents of three children. Besides his wife he is survived by son John Hughes Jr. (Vicki) of Boise, ID; daughter Elizabeth Campbell (Pete) of Lake Tapps, WA; grandchildren Dr. Lisa Hughes Barker (Chad) and Laura Hughes Halsted (Mat) both of Boise, Kayce Campbell of Portland, OR, and Justin Campbell of Washington, D.C.; great-grandchildren Ellie Marie and Owen Barker; and sister Lonalee Hamlin (George) of Redmond, OR. He was preceded in death by son Robert Hughes and parents Dr. Lonner R. Pugh and Mary S. Pugh (there was a family name change in 1971.) A memorial service will be held Sunday, August 12, 2012 at 4 p.m. at Penttila's Chapel by the Sea in Long Beach, WA with a reception following at the chapel. The family wishes to express their deep gratitude to all of the local emergency response people who helped them and suggest that any memorial contributions be made to the Ilwaco Hook & Ladder Assn., PO Box 342, Ilwaco WA 98624. His guestbook is available at www.penttilaschapel.com.
To order memorial trees or send flowers to the family in memory of John R. Hughes, please visit our flower store.