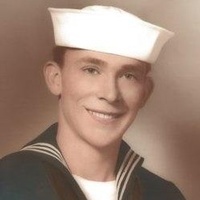 Ronald L. "Ron" Peterson, 63, died at his Ocean Park residence on June 24, 2012. The son of Lyle and Phyllis (Loke) Peterson, he was born in Spokane, Washington on November 8, 1948. Ron's early years were in Venice Beach, California before returning to the Northwest, settling in Seattle in the mid 1950s. There he graduated from Evergreen High School and directly thereafter joined the US Navy where he served for two years in The Philippines. Returning from his military duty Ron enrolled at Highline Community College, graduating with an associate's degree in applied science-aviation business. It was there that he began dating Marcia Teasley and they were married December 9, 1972. Their first home was in West Seattle. During his college years Ron was a commercial fisherman. Upon completion of his education he went to work for King County as an appraiser in the assessment division and following 28 years of service he retired in 2001 and moved to Ocean Park. Ron was a man of many talents and a true craftsman and engineer. Given the right tools, he could build and fix anything. Over the years he enjoyed fishing, woodworking, home building, Shaker-style furniture and yard work. Blessed with a green thumb, his park-like yard mirrored that of his mother Phyllis which he took great pride in. Ron grew to love Arizona and over the years there it became his second home and he and his friends enjoyed many a ATV ride daily in the nearby desert and hills. His days on the Peninsula were filled with relaxation, kite flying and fishing. Ron is survived by his wife Marcia of Ocean Park; daughters Shelley Jean Gallion of Portland, OR and Jody Lynn Doran of Duvall, WA; sister-in-law Marcia Elizabeth Peterson of Clarkston, WA; and nephews Eric Allen and Scott Nathan Peterson. Cemetery service with rites of burial accorded by the United States Navy will be held Thursday, July 5, 2012, 1:30 PM at Tahoma National Cemetery in Kent, WA. His guestbook is available at www.penttilaschapel.com.
To order memorial trees or send flowers to the family in memory of Ronald Lee Peterson, please visit our flower store.