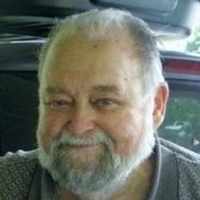 Dan passed away Wednesday, June 20, 2012 in Portland, Oregon. Dan was born January 7, 1934 to Daniel O. Smalley and Signe Buhakka in Ilwaco, Washington. He was raised in Frankfurt and Eden Valley, Washington. Dan attended school in Rosburg and Naselle. He also attended the University of Washington and served in the U.S. Army. Dan returned to the States, where he met and married Marilynn McIntire on June 22, 1961 in the Idaho Falls Temple. They established a home in Rosburg, Washington and have been there for over 51 years. He was a member of The Church of Jesus Christ of Latter-Day Saints where he served in many capacities. Dan worked for Brusco Corporation on the tug boats and later as a log yard foreman for Brusco Corp. and Nygaard Logging. He was a Firefighter and EMT for the Grays River Volunteer Fire Department for over 30 years. Dan served as a Wahkiakum County Commissioner also. In his spare time, Dan owned and operated a produce stand, Big Spud Fruit and Produce. He loved fishing on the river, spicy food and especially spending time with his family. Dan and Marilynn were blessed with four children, Laura (Kevin) Leaf, North Port, Florida; Wendy (Rob) Crozier, Willard, Utah; Andrea (Greg) Smith, Mendon, Utah and Errin (Laurel) Smalley of Knappa, Oregon. They have 13 grandchildren; Logan, Connor and Ian Leaf; Austin, Alicia and Adelynn Crozier; Maggie, Abigail, Hannah, and Parker Smith; Eric and Ethan Smalley and Devon Vandergriff. Dan is survived by his wife and children and a sister, Barbara (Dale) Rose of Rosburg, a brother, Russell Smalley also of Rosburg and numerous nieces, nephews and cousins and his favorite dog Sassy. He was preceded in death by his parents and his brother Wallace (Wally) Smalley. The family wishes to extend a special thank you to the staff at OHSU and the Veteran's Administration for the care they extended to our husband and father. A graveside inurnment was held June 24, 2012 at 3 PM at the Eden Valley Cemetery. A reception followed at the Rosburg Community Hall. In lieu of flowers, please send donations to the Grays River Volunteer Fire Department or the American Heart Association. Arrangements by Penttila's Chapel by The Sea, Long Beach, WA. Dan's guestbook may be signed at www.penttilaschapel.com.
To order memorial trees or send flowers to the family in memory of Daniel "Arnie" Smalley, please visit our flower store.