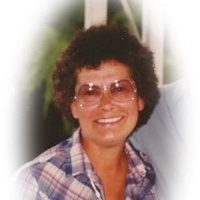 Ilwaco resident Cecelia "Cis" Bittner, 85, died June 1, 2012. The youngest of nine children born to Olaf and Matilda (Anderson) Swanson, she was born in Orient, South Dakota on April 22, 1927. Eight years later she and her family moved to the Peninsula. Cis attended Ilwaco High School where she was a cheer leader for four years, graduating in 1945. On April 30, 1948 she married Dean Bittner. They established their residence in Seaview and Cis became a wife, mother and homemaker. She was employed at the Seaview Post office and Roy's Market in downtown Long Beach. In 1966 she and Dean moved to Long Beach where they purchased and operated Pioneer Place Cottages and from the mid 1970s until 1992 operated the Long Beach liquor store. Cis enjoyed many long time friendships on the Peninsula and played cards with special friends on a weekly basis. She also enjoyed knitting, crocheting and sewing and of course, family events. Cis is survived by daughters Janice Harding (friend Nic Anthony) and Carol (Frank) Woodward; son Ed (Linda) Bittner; grandchildren Kristine (Brent) Emberlin, Jim (Hope) Wirkkala, Ned (Valerie) Bittner, Ian (Ashley Kitzman) Bittner, and Jennifer (Andy) Lenci; great-grandchildren Dominique and Sophia Bittner, Briannah and Michelle Emberlin and James Wirkkala and Hannah Lenci. She was preceded in death by her husband Dean in 1992. Memorial service will be held Saturday, June 9, 2012, 2:00 PM at Penttila's Chapel by The Sea in Long Beach with a reception following at the chapel.. Those wishing may make memorials to the local organization of one's choice. Her guestbook is available at www.penttilaschapel.com.
To order memorial trees or send flowers to the family in memory of Cecelia Nina Mildred Bittner, please visit our flower store.