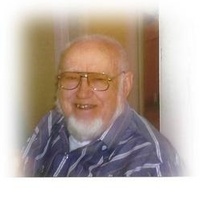 Donald W. "Don" Strong Sr., 87, died at his home in Sherwood, Oregon on May 16th 2012. Born in Groveland, California on June 20, 1924, he was the son of Delbert and Helen Strong. He graduated from Quincy High School. Following graduation from high school Don worked on the railroad repairing boilers. In February 1943 he joined the US Army, serving until honorably discharged in 1945. His military duty complete, he began civilian life driving log truck, then freight trucks. In late 1945 he bought an old Army truck and built a lumber truck out of it. He owned and operated his own lumber hauling business and later drove long haul truck across the United States. In 1962 he moved his family to Neah Bay, Washington. There he revived his love for driving log trucks. He drove log trucks in Neah Bay, Forks, and Cathlamet, Washington. While in the Cathlamet area he hauled logs off Mt. St. Helens following the eruption. After retiring from driving truck he managed apartments in the Tacoma area, Long Beach Washington, and the Portland Oregon area. Don loved to tinker and fix things, which made him a great manager for facilities. He also enjoyed being around people and conversing with them. He was a friend to everyone and would help anyone in need. When he finally retired from managing apartments he moved to Lawton, Oklahoma. In January 2012 with his health failing he decided to move back to Columbia River area that he had really fallen in love with over the years. Don married Marian Greene on December 25, 1957 in California; she survives, residing in Sherwood, Oregon. Also surviving are children Ronald Strong and wife Karen of, Pahrump, Nevada, Gene Strong and wife Linda of Rosburg, Washington, Curtis Strong and wife Delorna of Lawton, Oklahoma, Donny Strong and wife Kathy of Gresham, Oregon, and Violet Costa and husband Patrick of Clinton, Illinois; grandchildren Rebecca Hernandez, Clayton Strong, David Strong, Jennifer Strong , Molly Pascua, Shinesta, Paige Strong, Curtis Strong Jr., Charles Strong, Taran Hatch, Michael Holland, Tyler Costa, Christian Costa, Owen Strong, and Austin Strong; and 14 great-grandchildren. He was preceded in death by his son Delbert J. Strong II , brothers Wiley Jack Strong and Delbert L. Strong ; and sister Ethel Richards Memorial service will be at Saturday, May 26, 2012, 3:00 PM at the Naselle Assembly of God Church. Family graveside service will be held at the Seal River Cemetery prior to the memorial service. Memorial Contribution can be made to the Naselle Assembly of God Church, P.O. Box 26, Naselle, WA 98638 for Native American Missions work. His guestbook is available at www.penttilaschapel.com.
To order memorial trees or send flowers to the family in memory of Donald Wayne Strong, Sr., please visit our flower store.