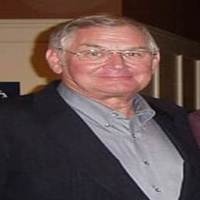 Alan Martin Johnson passed away the morning of Wednesday, October 16, 2019, from complications during a medical procedure at OHSU in Portland.

Alan was born in Astoria, Oregon, to Martin Alfred and Ellen Johnson on July 14, 1938. He was raised in Naselle, Washington and spent his adult life in Ilwaco, Washington. Alan is survived by his wife of 60 years, Shirley Jo Johnson; his two sons, Mark Alan Johnson of Ridgefield, Washington and Scott David Johnson of Shreveport, Louisiana; his six grandchildren, Garrett Johnson, Amanda Johnson, Jacob Johnson, Chad Womack, Mishael Tolan, and Davon Johnson; his two great-grandchildren and many nieces and nephews. He is survived by his one living brother Glen Johnson and wife Susan of Seattle, Washington. Alan was preceded in death by his middle brother, Dale Johnson and his wife Joyce of Astoria, Oregon.

At a young age, Alan worked at the Richfield (Arco) service station in Naselle for Merle Hall and Jack See. These were fond Naselle memories for Alan. After Alan saved his hard-earned money, he purchased a brand new 1956 Chevy Impala trimmed with a continental kit; it was his treasured possession. Alan graduated in 1956 from Naselle High School and then attended Oregon Institute of Technology in Klamath Falls. Thereafter, Alan worked at German Motors in Portland shortly before marriage.

Just out of high school and right after a Naselle vs South Bend football game, Alan met his future bride Shirley Jo Klein of Bay Center at a restaurant in South Bend. They were married March 14, 1959, in South Bend, Washington.

Alan was drafted into the United States Army September 1961. Alan proudly served in Korea as part of the forces to secure and maintain peace from 1961 to 1963. He returned stateside to his beautiful bride Shirley in June 1963. Upon his return, Alan was employed at Public Utility District #2 in Ilwaco where he worked for 30+ years until he retired in 1994. Alan had a side business where he installed radios and CBs in boats, trucks, and emergency response vehicles all over the Peninsula. His Ham Radio Operator Number was KPD2204. After retirement Alan thoroughly enjoyed driving the school bus for both Ocean Beach and Naselle school districts. Alan proudly served as a volunteer firefighter and EMT at Ilwaco Fire Department for 30 years; additionally, he was elected and served as an Ocean Beach Hospital Commissioner for 18 years.

Alan spent his life supporting the town of Ilwaco and researching and learning about the history of his hometown of Naselle. After retirement from the PUD, he cherished the mornings he went for coffee at the old Richfield station in Naselle, reliving Naselle history with his friends. He was dedicated to giving back to his community and it is with this in mind, the family asks that in lieu of flowers, please donate in Alan’s name to Ilwaco Volunteer Fire Department (PO Box 584, Ilwaco, WA 98624).

Services will be held at Naselle Assembly of God (278 Knappton Road) at one o’clock p.m. on Saturday, November 16, 2019. A reception follows. Graveside rites at Peaceful Hill Cemetery, Naselle. His guestbook is available at www.penttilaschapel.com.

To order memorial trees or send flowers to the family in memory of Alan M. Johnson, please visit our flower store.