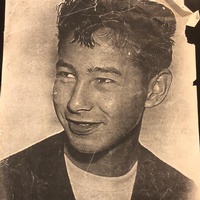 Alfonso Ray Villegas died in a place he loved on September 22nd 2018.  He loved the Olympic Peninsula area and enjoyed living in Oysterville.

Al (Ponchi to his cousins) was born in Yakima, Washington on August 2, 1945. He was raised in Brownstown, Washington until the family moved to Warden in 1958. While living in the Brownstown area he loved the outdoors with fishing, hunting, and riding his horse Pal with his buddies.

Al went to school in Warden. He entered the Armed Forces in 1965. He served in Vietnam while in the Service. After he got out of the Service, he married his sweetheart Delia Bernice and they had three children, Vicky, Paula and Delia. They lived in the Seattle area where Al worked for many years at Lone Star Industries.

When his marriage ended with Delia Bernice, Al found Home in the Long Beach Peninsula area for many years. He worked for the Jolly Roger Oysters as the oyster dredge boat leader in Willapa Bay.

Al was raised in a big family with seven siblings. He was preceded in death by Christopher his youngest brother. He is survived by his parents Santos and Stella Villegas and sisters Cecilia (Sweetie), Theresa (Terri), Christine (Tina) and Inacia (Nacha) and brother Peter.

To order memorial trees or send flowers to the family in memory of Alfonso Ray Villegas, please visit our flower store.