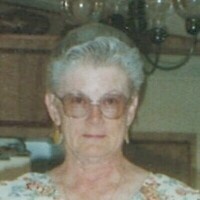 Born October 11, 1929, in Bend Oregon to parents Harry and Reta O’Grady, she spent her childhood in Bend Oregon. The oldest of three children, the family moved to Ft. Lewis WA, when her father was transferred there in 1944 during WWII. She Graduated from Clover Park High School with honors and then soon after married William R. Gibson in 1948. Barbara then worked at the Main Fort, Section 5 at Madigan General Hospital for one year.

After the birth of her two sons, William (1949) and Robert (1959) she returned to the work force in 1962 at Pacific Lutheran University. Barbara worked in various secretarial positions at PLU including her final position as Administrative Assistant to the Director of the School of Nursing. She retired after 28 years of dedicated service in October 1990.

In May of 1967, she married Hubert (Hap/Phil) Phillips. Upon her retirement she began an adventure of camp hosting at various locations throughout the United States with Hap till finally settling down with Hap in Ilwaco Washington in 1998. Her husband of 33 years passed in January 2000. Barbara then started working at Ocean Beach Hospital in 2001 in Ilwaco Washington as a medical file clerk till officially retiring in 2013.

The family was actively involved in the Pacific Northwest 4 wheel Drive Association with the Tacoma Cresthoppers jeep club. Barbara was active in the church community serving at Trinity Lutheran Church in Tacoma WA and Chinook Lutheran church in Chinook WA. She was involved in the AAUW book club and a member of the Timberland Library Board in Ilwaco WA.

In lieu of flowers memorial contributions may be made in her name to Chinook Lutheran Church, the Ilwaco Library or Ocean Beach Hospital

To order memorial trees or send flowers to the family in memory of Barbara Reta Phillips, please visit our flower store.