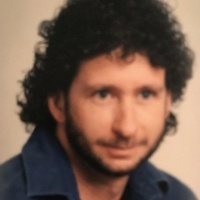 Bart Alan Hawkins passed away at the age of 63 in Seaview due to complications from a recent surgery.

Bart was born on March 13, 1956 in Seaside, Oregon. He was the youngest son born to Glyn (Smoky) and Eilleen Hawkins.

Bart was raised in Seaside and graduated from Seaside High School. After graduation he moved to California where he attended the College of San Mateo. It was there while working for KCSM Radio he met Nicky Trasvina and married in 1987. They had two sons and later divorced in 2000.

While living in the San Francisco Bay area Bart was employed for 14 years as a framer and also in high-rise construction. He was a member of the Carpenters Union 22 in the Bay area. He was also a lifetime member of USA FCC Restricted Radio Telephone Operator Club.

Bart was always a thinker, quiet and methodical with a somewhat dry sense of humor. He got along with everyone and was a delight to be around. His passion was writing music and lyrics. He enjoyed playing the guitar and being involved in the television and radio industry.

Bart attended the Seaside Assembly of God Church as a child and moved to the Bay area where he continued to follow his Lord and Savior his entire life. Bart was very intuitive and often felt led to show up in time of need and help others. Many were recipients of this God given ability he had.

Bart returned to the area in 2009 and had resided in Naselle and Seaview.

Bart is survived by his son Nicolas Hawkins of San Francisco, mother Eilleen Hawkins of Long Beach brothers Patrick (Linda) Hawkins of Warrenton, Craig Hawkins of Seaview, sisters Christi Dixson of Longview, and Marti Cooper, Tucson along with many nieces and nephews.

A graveside service and memorial will be announced at a later date. His guestbook is available at www.penttilaschapel.com.

To order memorial trees or send flowers to the family in memory of Bart A. Hawkins, please visit our flower store.