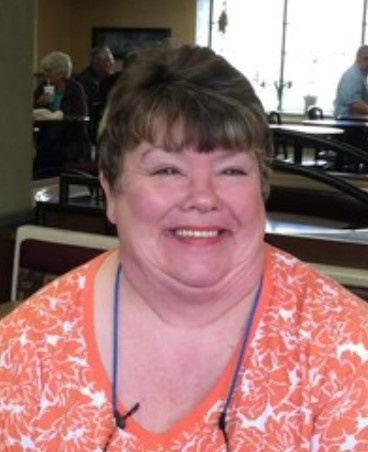 Candace Gillette, 72, of Long Beach, Washington, passed away peacefully at home on July 21, 2022. Candy was born in Hillsboro, Oregon, September 12, 1949 to Neil and LeAnne (Kramien) Kennedy, the eldest of three children. She spent her childhood years there,  later graduating from PSU with an AD. Candy loved the peninsula life, and from an early age she knew she wanted to live here permanently. She spent of her summers here on the peninsula, as her Father owned a charter office (Tidewind Charters) and her grandparents had property here.

Candy would later meet and marry her first husband, Jon Pflughaupt, and she fulfilled her dream of Peninsula residency in 1972, purchasing a home there and raising two children. For many years she worked at the charter office, and would later take up ownership of the Tidewind Charters office with her husband, Jon, for short period of time.  Candy worked hard in the summers during the fishing season, while raising her two children in the winter. She was very involved in the Presbyterian Church, and was a beloved Sunday school teacher for there for a few years. Candy loved to work around her house and tend to her backyard, doting upon flowers and planting. She found fulfillment in entertaining family and friends, and her home was always open.

After the marriage to Jon ended, she married her second husband, Greg Gillette, and they had two sons. One son, Joshua, passed away at an early age, then Greg would precede her in death in 2018, leaving her a widow.

Later in life, she got a job with and joined the Dennis Company, and worked at the front counter for over 30 years in that position. Candy was well known by many, as she always had a smiling face at the front counter, and in 2013 was honored as Tourism Ambassador of the Year!

She loved many and was loved by many.

In lieu of flowers, please make any donations to Doernbecher’s Children Hospital at OHSU linked below for your convenience.

Funeral Service is set for 12 noon, Thursday, July 28, at Penttila's Chapel.  The family will receive guests from 11am until start of service. A private graveside will follow. We encourage you to leave memories or words of condolences to the family here.