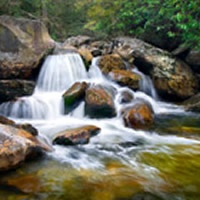 Carol Dean Baker Penttila, 70, died at her Naselle residence on July 16,202l surrounded by her
family. Carol fought a valiant battle with cancer for 15 years. Bom May 23,1951in Meridian,
Mississippi, she was the daughter of Allen and Willie Mae Baker. She grew up in a military family and
came to Washington state when her father was transferred to Fort Lewis.
Carol later lived in the local area where she graduated from Naselle High School with the class of
1970. She graduated from beauty school and hereafter worked with her sister-in-law Gayle Gacke at
Hair Villa in Naselle for 40 years. Her customers were like family and she and Gayle were best friends
and confidants.
While at Naselle High she met Norm Penttila and they were married June 24,1972. As a wife and
mother, Carol always put her family first, especially her daughter Blair Erin and son Bryan Alan. She
and Norm would have celebrated their 50'h anniversary next year.
Carol is survived by husband Norm; daughter Blair and husband Lance Gray and their daughter
Delaney; son Bryan and wife Jennifer; sisters Peg and Gary Ziak, Helen and John Laney and Mary and
Max Smith; and sister-in-law Gayle and Steve Gacke.
Celebration of her life will be held Saturday, August 28,2021,1:00 PM at the Naselle Community
Event Center on Parpala Road. Private family inurnment service will be held at Peaceful Hill
Cemetery in Naselle. A celebration of her life will be announced later this summer in Naselle.
Arrangements are by Penttila's Chapel in Long Beach

To order memorial trees or send flowers to the family in memory of Carol Dean Penttila, please visit our flower store.