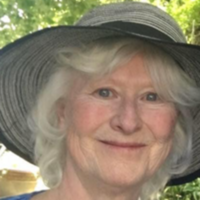 Cheryl Marie Weatherley (Kirchmeier) was born April 4, 1954 in Minneapolis, Minnesota, the daughter of Frank and Irene (Vanetta) Kirchmeier.  She was raised and grew up in Delano, Minnesota through her sophomore year of high school when she moved with her family to Rapid City, South Dakota. Cheryl graduated from high school in Rapid City and it was there she met her future husband, Jessie Weatherley.  Cheryl and Jessie were married on April 20, 1974 in Rapid City. As Jessie was career Air Force until retiring in 1989, he and Cheryl made their home on Travis AFB in Fairfield, California, Ellsworth AFB in Rapid City, Iowa, and Dyess AFB in Abilene, Texas. Cheryl and Jessie eventually settled in Woodland, Washington.

Cheryl was a loving, stay at home mom to her children. Even though she later worked for Hewlett-Packard, she was most proud of role as mom and grandmother. She took great delight in her children and grandchildren and was always showing pictures of them to family and friends. Cheryl learned to quilt just so she could make them for her grandchildren. While Woodland, Washington remained their home base, in June of 2016 Cheryl and Jessie bought a 5th wheeler and began to travel. Their adventures took them back to visit family and friends in Minnesota, the Black Hills of South Dakota, and Wichita, Kansas, and traveled extensively throughout the western states.

Cheryl passed away in Astoria, Oregon on June 16, 2020. She is survived by her husband Jessie of Woodland, WA, son Jason Weatherley and his wife Katy of Yakima, Washington, daughter Tessa Wolf and her husband Cameron of Keilua, Hawaii, brother Mark Kirchmeier of Witchita, Kansas, sister Gail Conzet of Miltona, Minnesota, her grandchildren Presley, Colton, Casen, and Jaxon, and many nieces and nephews.  A celebration of life will be held at a later date. Those who wish to make memorial contributions in Cheryl's memory,  may send their donations to St. Jude's Children's Research Hospital, 501 St. Jude's Place, Memphis TN 38105.  Arrangements by Penttila's Chapel by The Sea.

To order memorial trees or send flowers to the family in memory of Cheryl Marie Weatherley, please visit our flower store.