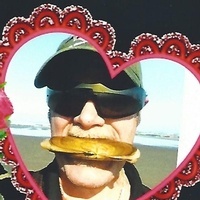 David Marsh, 59, a third generation resident of the Peninsula, died at his Long Beach residence on October 19th, 2018 of cancer. The son of Wellington “Jr.” and Marian (Meyer) Marsh, he was born in Ilwaco in August 11, 1959. David grew up in Long Beach, attended Long Beach Elementary and graduated from the Ilwaco High School with the class of 1977. He attended college in Vancouver for a short time.

His grandparents ran a restaurant in Long Beach and his grandfather Wellington Sr. began Marsh's Free Museum. Following in the family tradition, David began working at the museum as a child and continued as manager until his death. While in Vancouver he tried his hand as a choker setter for a logging operation.

David was an avid golfer, a member of the Surfside Golf Club, and participated in several golf teams and competitions. He also enjoyed darts and pool, winning several trophies and participating in leagues on the Peninsula. He was a member of Long Beach Elks #1937.

David married his wife Cindy in 1988, and they later divorced. They are the parents of a son, Casey who survives, as does David's mother, Mary, and sister Cheryl Ahern. Also surviving are nephews Rory and William and nieces Shannon, Mandy, and Tracy.

To order memorial trees or send flowers to the family in memory of David V. Marsh, please visit our flower store.