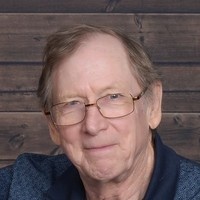 David M Quinley, loving husband, father, grandfather and great-grandfather, passed away on
October 27, 2019 surrounded by his family in Astoria, OR at the age of 73. He was born to Cecil
Woodrow Quinley and Margaret Marie Quinley (nee Farley) in San Francisco, Ca on September
25, 1946. David is preceded in death by his parents.

David grew up in Chico CA. He went to school at Pope Pius X in Gault, CA. He married Janet
Patricia (Mayer) on July 6 th , 1968 at Beale Air Force Base Chapel. He retired as a Train
Dispatcher for The Union Pacific Railroad after 33 years of service. He was a veteran of the
Vietnam War and served in the Air Force as a Radio Intercept Operator. David was an amazing
artist and demonstrated his talent at a very young age. After realizing his dream of retiring on
the Pacific Northwestern coast he brushed some of the finest paintings he had ever put his
name to. David enjoyed spending time on the beach, especially at sunset, looking for driftwood
to put in his yard and images to put on canvas or simply watching the waves roll in brought him
peace. Dave was known for his quick smile and great sense of humor that always put anyone
he was around at ease. He loved to watch Giants baseball and 49er football games.

Funeral Mass will be held on Nov. 16, 2019, 10 am, at St. Mary Catholic Church, 4700
Pacific Way, Seaview, WA. There will be a Memorial Mass and celebration for extended
family and friends in the spring when road conditions are safer for travel to the area.

The family of David wishes to extend our sincere thanks to the doctors and nurses at
Columbia Memorial Hospital and the Knight Cancer Collaborative. Your kind words and gentle
touches blessed our family.
In lieu of flowers, memorial contributions may be made to CMH-OHSU Knight Cancer
Collaborative c/o Columbia Memorial Hospital Foundation 2111 Exchange St, Astoria,
OR. 97103. Arrangements are under the direction of Penttila’s Chapel by The Sea;
online condolences may be made to the family at www.penttilaschapel.com.

To order memorial trees or send flowers to the family in memory of David M. Quinley, please visit our flower store.