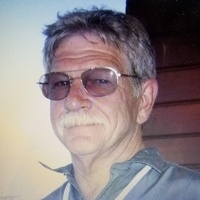 David Allen Rhoads of Chinook, Washington entered through the Gates of Heaven to finally meet Jesus in person on July 16th, 2021. David died suddenly in the arms of his wife and son who loved him dearly. He was born September 1, 1953 to Arnold and Earlita Rhoads in Seattle Washington. The family moved 9 months later to Moses Lake, Washington  where David grew up playing every sport he could. He was a big, strong, talented athlete and loved playing football and baseball but was also on the Moses Lake diving team. Too many concussions early on prevented him from advancing further in his athletic career.
After High School he joined the United Brotherhood of Carpenters and went through their four-year apprenticeship program to become a full book union carpenter. He pounded nails for years and then took an instructor's position at Columbia Basin Job Corps Center in Moses Lake and was there several years. Work became tight so he later transferred to Astoria's Tongue Point Job Corps Center where he met his wife Julie. They were married in 1993 and made their home in Chinook, Washington.
David was a master craftsman and enjoyed working with wood. He made several pieces of furniture for their house and was always willing to help others with their projects. He also loved playing softball with his buddies and was a mighty force on the Astoria Merchants ball team for many years. They even made it to Nationals one year and placed 12th. He was an active member of the Assembly of God Church in Ilwaco, Wash. and made sure the lawn was always mowed. He was a kind and gracious man who loved people and visited many of them on his daily routes around town.
He was better known as Big Dave . This gentle giant will surely be missed.
He was preceded in death by his mother and father and nephew Alma Rhoads. Survivors include his wife Julie of 28 years, his son Craig and Rochelle Rhoads and Carson, his son Eric and wife Abbi Rhoads, and their four children Haley and husband Tyler Baxter, Gracie, Ryan, and Avery Rhoads. His sister Marilee and husband Doug McGrath of Kansas City, his brother Bill and Saralee Rhoads of Blue Springs Missouri, his sister Jan and husband Mike Esquivel of Zillah Washington. His brother-in-law John and wife Sue Weyl of Longview, his brother-in-law Dave Weyl and wife Jeanne of Ocean Park, his sister-in-law Debbie Patana and husband Pat of Chinook Washington, and his mother and father in law Bob and Joanne Weyl of Long Beach Wash. He also had numerous nieces and nephews. The service for David will be held August 7th at 1 p.m. at the Cranberry Museum on Pioneer Road in Long Beach Washington. Lunch will be served afterwards. In lieu of flowers donations can be made to His Supper Table Thrift Store, PO Box 1487, Ocean Park, Washington 98640. The proceeds will help those in need with food and clothing.

To order memorial trees or send flowers to the family in memory of David Allen Rhoads, please visit our flower store.