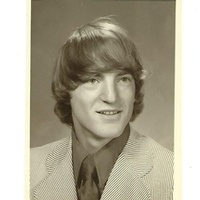 A native son of the Peninsula, Eldon Dean Slagle, known to one and all as “Deano”, 64, died at his Vancouver residence on May 9th.

Born February 13, 1955 at Ocean Beach Hospital he was the son of Eldon and Patricia (Cox) Slagle. Deano attended Long Beach elementary, graduated from Ilwaco High in 1973 and attended Lower Columbia College in Longview. In his youth he was a Cub Scout, sang with the Presbyterian Church Junior Choir and was a member of the Leo Club. From an early age he loved sports...sports and more sports! He was a natural athlete, excelling in basketball and cherished memories of his accomplishments on the court.

Home from college, Deano followed in his father's footsteps and worked for the Pacific county road department, volunteered with the Long Beach fire crew and was a “elite member of the Friar's Club”. He always considered the Peninsula home and through his recent health struggles never complained and has finally returned to his roots. Welcome back, Deano!

Friends are invited to share memories and stories at a Celebration of His Life on Sat. June 8th, 2:00 PM at the Long Beach Elks lodge with a reception following. His guestbook is available at www.penttilaschapel.com.

To order memorial trees or send flowers to the family in memory of Dean Slagle, please visit our flower store.