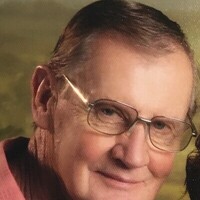 Donald Vance Wiitala passed away on Tuesday, January 26, 2021 at Clatsop Retirement Village in Astoria Oregon.
Donald was born September 23, 1930 in Naselle, Washington. He was the youngest child of Anna Emilia and John Severi Wiitala. He grew up in Naselle with his parents, two brothers (Fred and Albert), and three sisters (Helen, Alice, and Irene).
A 1949 graduate of Naselle High School, he played in four State B basketball tournaments for the Comets earning all-state honors in 1948. He was contacted by several college coaches, ultimately choosing to attend and play basketball at Skagit Valley Community College.
He married Marlene Wirkkala on April 14, 1956. Together, they started their sixty-three years of married life in Astoria, Oregon where he worked at the Port docks as a longshoreman. Soon, they moved to Deep River, Washington and Donald returned to working in the woods. In 1962, they purchased their home in Naselle, Washington where their three children grew up. Eventually he started Don Wiitala Trucking and they developed a Christmas tree farm on their property.
Donald was the last remaining founding member of the Long Beach Elks Club No. 1937. When he retired, he volunteered at the Peaceful Hill Cemetery in Naselle. He enjoyed clam digging and crawfishing with his wife Marlene. However, his passion was sports. Besides playing himself, he really enjoyed watching his children and grandchildren compete.
Donald is survived by his daughter Marilyn and Robert Ittes, son Dale and Andrea Wiitala, daughter Michelle and Stuart Roy, grandchildren Marlyssa Ittes and Jason You, Monica and Devin Whittle, Blake Roy, Brooke Roy, and great granddaughter Makenna. We all ask you to celebrate the life of a good man.
Donations can be made to the Naselle Fire Department and Ambulance.

To order memorial trees or send flowers to the family in memory of Donald Vance Wiitala, please visit our flower store.