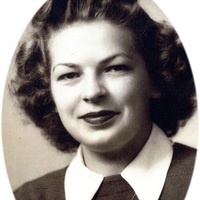 Dorothy was born on February 16, 1926 “someplace” in southwest Washington state, the first born daughter of Andrew and Annabelle (Matta) Anderson, they residing in Salmon Creek Valley near Naselle during the Great Depression.

Life in what became known within the family as the “Ranch House” was work-filled, substance stump-ranching, berry picking, and their father “working in the woods”. When needed a net was set in the creek for steelhead, and there was gardening and orchards.

Following World War II Dorothy married Harte Penttila of Naselle on June 30, 1946. Son Dan was born on May 22, 1948 while the couple lived in Vanport, Oregon—escaping the 1948 Vanport Flood which destroyed that town. Daughter Barbara was born in Mt. Vernon, Washington on January 16, 1953.

Dorothy and Harte followed his career path through his graduation from Oregon State University in 1950 and the Washington Department of Game duty stations at Bingen, WA, Skagit Wildlife Recreation Area Management, John's River Wildlife Recreation Area Management (Grays Harbor) before back to the Skagit WRA and field offices in Mt. Vernon and Aberdeen. Dorothy worked as line officer/adjudicator for the Washington State Employment Security Department from which she retired.

Dorothy is survived by son Dan of Anacortes, and daughter Barbara who was her caregiver in later years, of Montesano; sisters Patsy Penttila of Raymond, WA, Margaret King of St. Helens, OR, Donna Miller of Poulsbo, WA, Shirley Cooper of Goldendale, WA, and Judy Anderson of Port Orchard, WA; and a large extended family of nieces, nephews, and cousins throughout the USA.

Dorothy had a full life, with two trips to Finland, a cross-country trip to Montreal, Canada to view the graduation of grand-daughter Liz from McGill University, and frequent road trips with her daughter to the Oregon coast. Over the years she loomed rag rugs for sale at the Naselle Finn Festival marketplace, made quilts, constructed stained glass, knitted, crocheted, dug razor clams, fished salmon in the Naselle River and at the mouth of the Columbia River. She was captivated in her later years with picking the multi-colored sapphire gem stones from the material obtained from the Gem Mountain Mine in western Montana. She enjoyed family gatherings including the triennial Owens-Matta-Anderson family reunions.

To order memorial trees or send flowers to the family in memory of Dorothy Mildred Penttila, please visit our flower store.