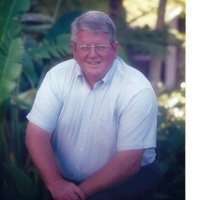 Frank Oliver Glenn III was born in Dayton, Ohio on March 23, 1943 to his loving and dynamic parents, Marguerite Myers Glenn of Billings, Montana and Frank Oliver Glenn Jr. of Pennsylvania. At the age of two he moved to the Long Beach Peninsula, where he spent the remainder of his life primarily at Cranguyma Farms. He was the eldest of four brothers and soon after moving back to Long Beach, his brothers Guy Charles of Long Beach, WA, Richard Ross of Raphine, VA and Jonathan David (deceased) were born.

His true and lifelong passion was cranberry farming and caring for the land that he had been entrusted to tend. He described Cranguyma as ‘The Magic Kingdom’ and he always strived to sustain, improve and maintain what his grandfather, Guy Charles Myers, established in 1940. He was selfless in all that he tackled, always putting the needs of his family above his own. He is survived by his wife and love of his life, Candy (Holmberg) Glenn, daughter Erin Aimee Glenn, son Frank Oliver Glenn IV, daughter-in-law Lin Li and his three treasured grandchildren Diego Glenn Hernandez (12) Evelyn Mae Glenn (4) and Madelyn Jade Glenn (10 mo.). He was preceded in death by his best friend, fishing buddy, and kindred spirit Brad Mannelin who died of a brain tumor nearly 10 years earlier and by his brother Jonathan David Glenn who died tragically on March 23,1987. His other close and dear friends of many years were his dedicated farm employees, especially Rafael, Lupe, Don, Randy, Keith, Ed, Penny, Martin, Eugenio and the Galindo and Borrayo families.

He was a gentle and naive soul. Friends and neighbors suggest that he was generous to a fault, as well as a kind, determined and resourceful gentleman. He was a hardworking steward of the land and that commitment shaped and molded his understated strength. Frank lovingly devoted his life to his family .. and his lifelong career managing Cranguyma Farms for more than 50 years. And for those who knew him well..... he is also survived by his 950 loader, John Deere tractor, Burma Jeep, berry cleaner and egg beaters, among many other farm relics.

Frank fought and endured a difficult battle daily for the last eight years against various types of brain and kidney cancers and metastatic melanoma. He faced innumerable hardships with an indomitable spirit. His suffering was immense, unfortunately.

As a youngster he raced hydroplanes competitively .... winning many trophies throughout Washington ...and then, once he was able to drive, his interest changed to cars. Frank was known as a social, gregarious and popular local entrepreneur. He was adventurous, fearless and a risk-taker. An Ilwaco High School Alum, he was known by his peers as a “Star Center” in football and was voted “Best Dancer” by his classmates. He loved swimming, jumping off the dock, waterskiing, boating and lake parties with his high school friends on Gile Lake at the heart of Cranguyma. After graduating from Ilwaco High School in 1961, Frank attended Washington and Lee University where he played football and was a member of Phi Kappa Sigma fraternity. From there, he attended the University of Washington, where he studied business and finance.

He drove a maroon Corvette. One sunny day in the summer of 1960.. he and his friends in a convertible .. stopped to talk to a "summer girl".. riding a Pinto horse. That was the first meeting of his future wife .. Candy Holmberg. From that day on.. their romance continued. They dated through college ..and were married on April 23,1966 in Portland at Saint Michaels and All Ángels Episcopal Church. A honeymoon in Paris and London was the beginning of their life together in Long Beach. They were married 53 years. Immediately after marrying, Frank was drafted into the U.S. Army where he proudly served in Korea .

While living in Long Beach, he became a member of the city council. Additionally, Frank was a Charter Founding Member of the Bank of the Pacific which was created in 1972.. by seven local businessmen to serve the needs of their community .
After moving to Seaview in 1986,
Frank and Candy, along with Dr. and Mrs John Campiche, as well as many other seaview residents, joined to form the Seaview Coast Conservation Coalition .. to protect and preserve the Seaview Dunes from development. Their efforts involving many legal and lengthy battles are the reason the Seaview dunes are still undeveloped today.

Frank and Candy purchased the ARK restaurant from Les and Lucille Wilson and owned it for 10 years ..from 1972-1982 where they were known for many specialty creations .. including cranberry butter., seafood specialities, cranberry pie and all you could eat .. fresh fried oysters .
It was not uncommon in the summer months to have lines waiting outside to come in. The nearly 40 employees kept the restaurant running smoothly and still to this day, many former employees say that it was the happiest time in their lives.

As dedicated as Frank was to his farm .. he also loved fishing in the ocean .. out of Ilwaco. Boating of any kind was his passion. Highlights were adventurous Alaska trips with Brad, catching a prize winning halibut and a sailing adventure that took him from the Caribbean to the Panama Canal through wildly rough and tumultuous seas with Paul Cronauer. Listening to his scanner, following local happenings and the weather, beachcombing and clamming were some of his favorite pastimes. Any chance to operate heavy equipment .. and hard work was his modus operandum. In the last several years, attending all of his grandson Diego’s all-season sporting events and practices was a priority and his passion.

Frank’s first love,however, was always his family .....an annual trip to Montana to return to the Boulder River Ranch was a highlight for his family ..... a tradition started by his grandmother, Amalia Francesca Bennighof, and her sisters (Frank’s great aunts) Carrie and Sodie, in the late 1800s. Horseback riding, fly fishing on the Boulder, happy hours and memory making over decades left indelible marks on his descendants and there were lifelong friendships made over the course of this century-long, multi-family tradition. Teaching his children to swim, water ski and snow ski was his joy, Porch barbecues —— his specialty.

He was an alcoholic, he was human and he made mistakes. He attended in-patient treatment for his addiction in 2013 and made many friends through the AA group that he attended on Saturday mornings in Astoria. He was committed to changing his life and wanted to live as long as possible. He had an unbelievable will, bravery and strength of spirit in his battle to the very end. His lifelong wish was always to spend the majority of his days on ‘The Farm’. The wetlands, wildlife, and nature brought him joy, meaning, and inspiration. Frank remained actively managing his farm .....till the very end, throughout challenging days, and he always cared for everyone with his amazing strength and courage

His family was blessed with the assistance of Pacific County Fire District #1 to bring him to his beloved family home on June 25, 2019, after a nearly month-long hospitalization, to the place he loved, surrounded by his immediate family. He basked in sunlight on the farm entrance road, as farming carried on around him, the sound of the fertilizer spreader humming in the backdrop on the cranberry bogs, barn swallows and peacocks calling in the distance, and the buzz of honeybees working away amid a sea of pink blossoms in full bloom.

Frank Glenn passed peacefully in his home four days later, during the noon lunch hour at Cranguyma, with his children at his side on the beloved farm that his grandfather created in 1940. He died on June 28, 2019.
The heavens greeted him with glory and honor. But he will be dearly missed by his family.

In his honor, if you wish .. raise a glass of cranberry juice .. in memory of a truly selfless, humble, always kind and generous man. In lieu of flowers, a contribution to the Gile Lake Pumphouse Restoration Fund would be appreciated.

Private family services will be held in his honor. A short graveside burial service will take place at Lone Fir Cemetery on Friday, July 12, 2019, at 2:30 p.m.

In lieu of flowers, contributions to the

Checks made payable to:

To order memorial trees or send flowers to the family in memory of Frank O. Glenn III, please visit our flower store.