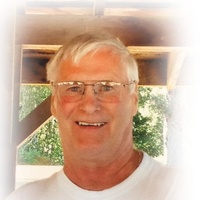 George Alan Kubik, 74, died at his Long Beach residence on January 24, 2020 with his family at his side. The son of Donald and Marjorie (Wooden) Kubik, he was born October 12, 1945 in Astoria where he grew up. Following graduation from Astoria High School in 1963 be began working in the woods for Crown Zellerbach.

In 1965 he married Janice Haynes, and later moved to Alaska. George continued working in the woods while living on False Island. As his children grew, educational requirements necessitated a moved to mainland Alaska, and in Sitka he began his career in construction. Following retirement in 2003 he moved to the Peninsula.

In 2005 he married Rosalie Tibbs. George was a member of Long Beach Elks #1937, the Moose and Eagles lodges in Ocean Park. He enjoyed collecting antique cars, fishing, and many friendships.

Besides his wife Rosalie of the family home, George is survived by sister Sharon Kubik of Astoria; children Mike (Michelle) Kubik of Mesa, AZ, Kenneth Kubik of Sitka, AK, Donald Kubik of Sitka, AK, and Christopher Proffer of Kauai, HI; grandchildren Kelsi, Devin, Jade, and Alan; and many nieces and nephews. George is preceded in death by his parents, brother Dale, and wife Janice.

Celebration of his life will be held Sat., February 22, 2020, 1 until 4 PM at Long Beach Elks with a potluck following. A memorial service will be held at a later date in Sitka, Alaska. The family requests memorials to the Long Beach Elks Back Pack 4 Kids fund. His guestbook is available at www.penttilaschapel.com.

To order memorial trees or send flowers to the family in memory of George Alan Kubik, please visit our flower store.