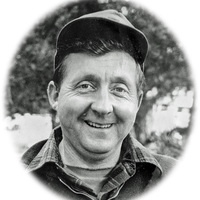 Naselle resident Gilbert Andrew Haataia, known to all as “Gib” died at age 80 in Astoria on November 12, 2019. His family was at his side at his passing. The son of George and Miriam Haataia, he was born in Cathlamet, Washington on May 15, 1939. Gib grew up on the family farm in Rosburg where he kept busy milking cows, making hay and tending to the farm.

Gib attended school through eighth grade in Cathlamet grade school before the move to Rosburg. He was a 1957 graduate of Naselle High School. Three years later, on March 5, 1960 he married Sarah Lorton of Bay Center and they lived initially in Rosburg before moving to Naselle in 1975.

Following the footsteps of his father, Gib was a logger and commercial fisherman. He was a log truck driver for most of his career, and during the gillnet season he could be found laying his nets in both the Columbia River and Willapa Bay.

Gib was a member of Naselle Assembly of God and was a former member of the Elks lodge. As a member of Naselle Lions Club he helped build the community baseball field, playground and tennis courts. For over 25 years he served the Comets as a basketball team score keeper. He served the Comets football team was part of the “chain gang” for 30 years and he began and led the Naselle Babe Ruth baseball teams for many years. He served on the Naselle School Board for 18 years and was a member of the Washington Interscholastic Athletic Association Committee during that time.

In his “spare” time Gib loved to bowl, play golf and hunt. He was proud of his Finnish heritage and sisu.

He was preceded in death by brothers George and Marvin Haataia, son Craig Haataia, and daughter-in-law Carla Haataia.

To order memorial trees or send flowers to the family in memory of Gilbert A. "Gib" Haataia, please visit our flower store.