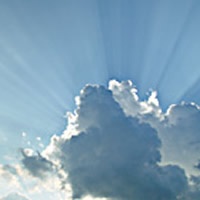 Gloria Jean (Hudson) Gerwig, 88, passed away on May 9, 2020 at Golden Sands Assisted Living in Ocean Park, Washington from natural causes.

She was the daughter of William Dale and Opal (Breedlove) Hudson and was born April 20, 1932 in Everett, Washington. Gloria graduated from South Bend High School in 1950 and later that fall married Alfred Robert (Bob) Gerwig.

Gloria was an avid bowler in her younger years and was active in the South Bend Auxiliary, Ladies of the Elks, and Beta Sigma sorority. She was a devoted mother, grandmother and great-grandmother. She loved cooking for family and friends and always had enough to feed anyone who happened to stop by.

Gloria was preceded in death by her husband Bob, her brothers Jerry and Jack, and her sister Anna. She is survived by daughters Terry (Pat) Brame of St. Helens, Oregon, Mavis Shucka of Long Beach, Washington, and Opal (U.N. Umesh) Gerwig of Vancouver, Washington; her sister Rose (Hudson) Young of Tucson, Arizona; nine grandchildren; 16 great-grandchildren; and numerous nieces and nephews.

There will be a private graveside service. Memorials may be made to the Pacific County Historical Society, P.O. Box P, South Bend, Washington 98586 or the Dylan Jude Harrell DIPG Foundation, P.O. Box 1635, Long Beach, Washington 98631.

To order memorial trees or send flowers to the family in memory of Gloria Gerwig, please visit our flower store.