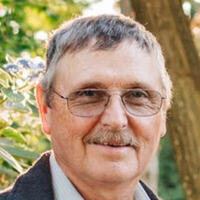 Jack C. Fauver, 67, passed away unexpectedly on June 4, 2021 at Good Samaritan Hospital in Portland with his daughters by his side.
Jack was born to John and Lydia (Kehus) Fauver on September 24, 1953 in Ilwaco. He grew up in Chinook and graduated from Ilwaco High School. After high school, he left Chinook briefly to attend Lower Columbia Community College, but soon realized he enjoyed fishing more than going to class. After returning home, he worked for Hart’s Concrete, Chinook Packing Company, and eventually retired after 24 years with the Pacific County Road Department. Jack enjoyed his trade and wasn’t quite ready for full retirement, so after leaving the county on a Friday, he started a new job driving truck for Lindstrom & Son Construction the following Monday.
Jack also enjoyed fishing, hunting, bowling, and all things motorcycle; spending much of his free time researching, buying, riding, and customizing his motorcycles. He was a skilled mechanic and tinkerer of all things, literally, a Jack of all trades. Jack appreciated a well-kept lawn, and may have had an unspoken competition with a close neighbor in the weekly battle with the buttercups. He was also a dedicated member of the Chinook Volunteer Fire Department for over 32 years.
Jack is survived by his daughters Shauna (Brianna) Fauver and Andrea (Dave) Gano; sister Joan (Larry) Hocker and brother Doug (Kathy) Fauver; grandchildren Elan, Everett, and Emrie Gano; and his faithful dog, who is actually a cat, Buster. He was preceded in death by his parents and sister April Fauver.
Jack was a loving dad, brother, grandpa, uncle, and friend. He had an amazing and goofy sense of humor, a big heart, gave the best hugs, and will be missed terribly by all who loved him.
Memorial contributions can be made to the Chinook Volunteer Fire Department at:
Pacific County Fire Protection District 2
P.O. Box 235
Chinook, WA 98614

Once services have been scheduled, details will be provided in an announcement through the Chinook Observer, and will also be available at penttilaschapel.com.

To order memorial trees or send flowers to the family in memory of Jack C Fauver, please visit our flower store.