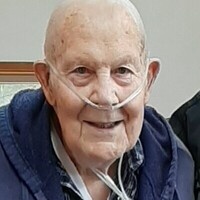 92, passed away at home April 22, 2021. John/Jack as he was affectionately called was born in Seattle, WA on October 4, 1928 to his parents Jay Douglas Kidder and Louise Elizabeth Bray Kidder. Jack graduated from Garfield High School in 1946, with honors & letters in Track & Field, Basketball & Football. He began his college career at Montana State in Bozeman, MT to playing football. He returned to Seattle attending and graduating from the University of Washington in 1951 with a Bachelor of Arts Degree in Zoology. He joined Sigma Chi Fraternity at Montana State, transferred to the house on NE 45th Ave at UW. While attending UW he joined the MARINE CORPS ROTC and spent subsequent summers in Quantico, VA.

He met Jane McCorkle at the UW and they married on March 17, 1951. Upon graduating they travelled across country to Quantico, VA for Marine Corps training and as a 2nd Lieutenant he was sent to the DMZ in Korea. He received the Bronze Star during his short stay and in September 1952 was called home after the birth of his 1st child. The little family moved to Raymond, WA & then to Chilliwack, British Columbia while Jack learned the logging trade from his brothers-in-law. His dream though, was to teach and in 1955 they moved back to Washington where he was hired to teach Chemistry at Bothell High School, Bothell, WA.

He fulfilled his life-long dream teaching the rest of his life. He taught Chemistry & Biology and was assistant coach for basketball & football at Bothell High School. In 1955 he started summer school at Seattle University, achieving his Masters’ Degree in Education in 1968 from UW. He moved from teaching sciences to Special Education. He remained in Special Education until his retirement teaching at the University of Washington Experimental Education Unit; Rainer State school Buckley, WA; Shoreline School District; Leavenworth School District and returning to Northshore School District. He helped start special educational programs in Shoreline and Leavenworth, WA. He retired from Sorenson School, Northshore School District, while it was still located in Woodinville, WA.

In Leavenworth he had another dream, farming and living off the land. He & Jane bought acreage in Plain, WA. He had a love for the out of doors, participating in high school sports, feeding elk in Yellowstone, logging with his brothers-in-law, clamming and commercial salmon fishing with family from Ocean Park, WA, pheasant hunting with children and grandchildren in Quincy, WA. Although Jack & Jane didn’t stay living in Plain they continued to own and care for their land, and still do. Their love of family & God’s creatures has been passed along to their children and grand-children.

After retirement Jack & Jane embarked on another adventure together, building their own house at their beloved beach, Ocean Park, WA. Their children, grand-children, brothers, & nephews all helped. It was a grand success and exactly where they wanted to live out their lives. Jack & Jane were married 50 years before Jane passed away in 2001 and in 2014 Jack moved permanently to Ocean Park where he met many new friends and got reacquainted with old friends.

To order memorial trees or send flowers to the family in memory of John Douglas Kidder, please visit our flower store.