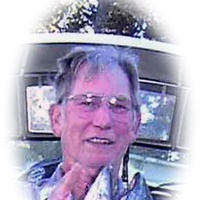 John Ogden Southmayd, 83, died in Klipsan Beach on June 2, 2020, with his wife Gail at his side. A native of Sacramento, California, he was born on February 8, 1937, the son of Obie and Grace (Norman) Southmayd.

After graduating from high school and residing in Vancouver, Washington, John joined the United States Marine Corps. He served for 22 years and was proud of his career. Returning to Vancouver he lived there 32 years and worked for the Clark County Sheriff Department until retirement. Fifteen years ago, he and Gail moved to the Long Beach Peninsula.

John was an avid fisherman, enjoying years with his friends Ken, Milt, AJ, and others. He also enjoyed wood crafting. He and Gail traveled many years to Hemet, California where they visited with many friends at their favorite RV park.

Besides his wife of 59 years, John is survived by a son, Obie Southmayd and daughter Michelle Southmayd; grandsons JD and Stephen; and 3 great-grandsons.

Funeral service with military honors will be Wed., June 10, 2010, 1:30 PM at Willamette National Cemetery in Portland. May John rest in peace, knowing “he did it his way”. Cards and flowers may be sent to Gail Southmayd, c/o Golden Sands Retirement, 21608 “O” Place, Ocean Park, Washington 98640. His guestbook is available at www.penttilaschapel.com.

To order memorial trees or send flowers to the family in memory of John O. Southmayd, please visit our flower store.